The US Court of Appeals for the DC Circuit on Tuesday dismissed a lawsuit challenging the State Department’s policy of refusing to list Israel as the place of birth on US passports for citizens born in Jerusalem. Judge Karen LeCraft Henderson authored the decision by the three-judge panel, stating that the power to recognize foreign governments and their control over specific territory is the exclusive province of the executive branch. 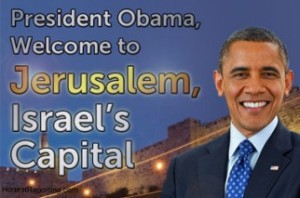 The law passed by Congress in 2002 to require the State Department to list Israel in passports when Americans so requested is unconstitutional because its intrudes on presidential and executive branch.

The Appeals Circuit’s ruling was third opinion on the dispute, Zivotofsky v. Department of State. Ari and Naomi Zivotofsky, US citizens whose son Menachem Binyamin was born in Jerusalem in 2002, are the plaintiffs. The appeals court earlier overturned a district court order that said the plaintiffs had no standing to sue over the issue.

In 2012, the Supreme Court ruled, 8-1, that the DC Circuit should not have dismissed the case in 2009 under the so-called “political question doctrine”, which counsels that courts should step aside when presented with certain kinds of stark disputes between the executive and legislative branches. The judge added, “The unconstitutional intrusion results from [the law’s] attempted alteration of US policy to require the State Department to take an official and intentional action to include ‘Israel’ on the passport of a US citizen born in Jerusalem. While the fact that legislation merely touches on a policy relating to recognition does not make it unconstitutional, [the law] does not do so; instead the Congress plainly intended to force the State Department to deviate from its decades-long position of neutrality on what nation or government, if any, is sovereign over Jerusalem,”

The court said that the State Department’s position that the “reversal of United States policy” could “provoke uproar throughout the Arab and Muslim world and seriously damage our relations” was a compelling argument. Henderson wrote that, since Israel’s creation in 1948, US presidents have “steadfastly declined to recognize any foreign nation’s sovereignty over that city.” The executive branch has made clear that the status of Jerusalem must be decided not unilaterally by the US but by all the relevant parties.