Russia breaks into top 5 world economies, displacing Germany. As the ballpark figures, Russia’s population is not that much than that of Germany. Russia has about 116 million while Germany has about 98 million. 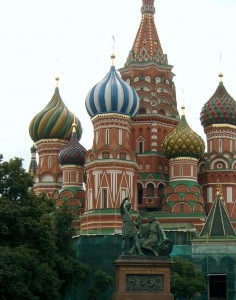 Russia has overtaken Germany as the fifth largest economy in terms of purchasing power parity, according to the latest World Bank ranking that measures 214 economies based on their 2012 GDP performance.

Russia’s oil and export driven economy is ranked fifth amongst the top ten economies in the world with $3.4 trillion in GDP. In 2011, Germany surpassed Russia in GDP with $3.227 trillion compared to Russia’s $3.203 trillion. In 2005, Russia was in eighth place.

The report was published last week in an annual ranking of GDP. The World Bank also updated their ranking of countries in terms of gross national product (GNP) per capita, grouping Russia in the ‘high income’ nation block, with individual yearly income of $12,616 or more.

The United States was ranked by the World Bank as the world’s largest economy by purchasing power parity last year with $15.7 trillion, followed by China with $12.5 trillion, India with $4.8 trillion, and Japan with $4.5 trillion.

Prime Minister Dmitry Medvedev publicly lauded the advance on Monday, as did President Vladimir Putin, but warning his country still needs to be financially vigilant.

Newscom “The zero option is the Taliban dream option. An abrupt drawdown would pave the way for the Taliban to...