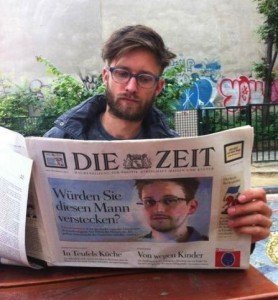 An NSA source has admitted the agency’s data collection technology makes it impossible to intercept communication with foreigners without gathering data on US citizens first. This counters Obama’s lie that US surveillance only concerns ‘terrorist threats.’

A senior official at the National Security Agency anonymously explained the process to The New York Times, broadly confirming the revelations about US spying mechanisms leaked by Edward Snowden in previous weeks.

According to Foreign Intelligence Surveillance Act (FISA) regulations from 2008, the NSA is only allowed to track communication between foreign suspects, or a foreigner and an American, without a warrant. Collecting data exchanged between US citizens that way is suppose to be illegal.

But it appears to be impossible to filter out data relevant to a particular suspect in real-time without capturing a much larger flow of information passing through the world’s communication cables, as data parcels are fractured and need to be copied whole before being pieced together.

This data includes communication between non-suspect US citizens. The NSA insider admitted that illegal American data is gathered not only at the initial stage, but is sometimes “inadvertently collected” after the filter is applied (picture it as a very precise Google search that nevertheless produces accidental results). After presumably being illegally examined by an NSA agent.

Chinese media has described the Kremlin as the “winner” and the White House as the “loser” in the Snowden case, following Barack Obama’s cancellation of a meeting with Russian President Vladimir Putin in Moscow this autumn.

An unsigned editorial piece in China’s English-language newspaper Global Times said that “Moscow displayed its national characteristics of decisiveness and boldness” and has kept Washington “at bay.” The article suggested that Moscow’s traits are of vital importance in an international climate of US dominance.

“Washington ate the dirt this time,” the article stated.

In Case You Missed It:  MUST WATCH: His 11-Yr-Old Daughter Inspired Him To Speak Out Against Vaccine Mandates…And When He Did, His Powerful Story About Being Fired Went Viral
Posted in Freedoms, Tyranny and tagged Freedom, Obama, Russia, United Socialist States of America, US Citizen, Vladimir Putin.

A South Miami actor allegedly killed his wife this morning then posted a photo of what’s believed to be her...