A South Miami actor allegedly killed his wife this morning then posted a photo of what’s believed to be her body and his confession on Facebook before surrendering to police!

Derek Medina, 31, who had small roles on the Miami-based USA Network series Burn Notice, is indeed considered a suspect in the murder of Jennifer Alfonso, his wife, according to police.

Medina and Alfonso were married since 2012. Some photos on his Facebook page show the couple and a girl about 10 years old. Her identity and whereabouts are unclear.

In his alleged confession posted about noon, Medina wrote: “I’m going to prison or death sentence for killing my wife. Love you guys miss you guys take care, Facebook people, you will see me in the news.

“My wife was punching me and I am not going to stand anymore with the abuse so I did what I did I hope u understand me.”

When he posted the photo of his dead wife, Medina wrote: “RIP, Jennifer Alfonso” 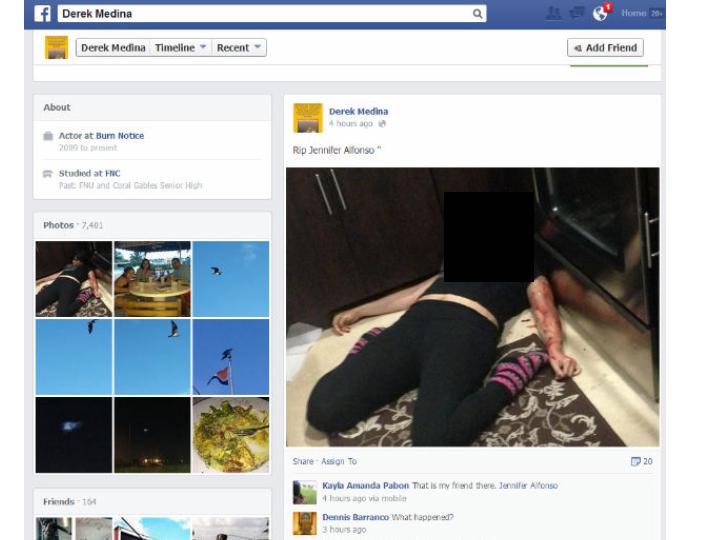 In a remarkable admission that will rock the Internal Revenue Service again, testimony released Thursday by House Ways and Means...