An occasional series of bloopers. 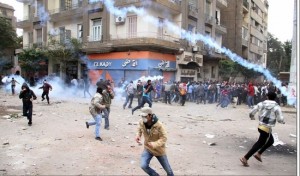 1. Bruce K. Rutherford, associate professor of political science at Colgate University, published a book titled Egypt after Mubarak: Liberalism, Islam, and Democracy in the Arab World. The publisher informs us that the study

Pretty impressive. Rutherford added an introduction to the paperback edition that came out on July 1, 2013, that is two days before the military coup d’état against the Muslim Brotherhood government. The blurb reads (I have helpfully bolded the notable predictions):

Bruce Rutherford examines the political and ideological battles that drive Egyptian politics and shape the prospects for democracy throughout the region. He argues that secularists and Islamists are converging around a reform agenda that supports key elements of liberalism, including constraints on state power, the rule of law, and protection of some civil and political rights. But will this deepening liberalism lead to democracy? And what can the United States do to see that it does? In answering these questions, Rutherford shows that Egypt’s reformers are reluctant to expand the public’s role in politics. This suggests that, while liberalism is likely to progress steadily in the future, democracy’s advance will be slow and uneven.

Burma’s Release of Child Soldiers: Promising, but Not Enough

Strunin Anatoly Itar-Tass Photos/Newscom This past week, Burma announced the release of 68 child soldiers from its ranks. This latest...