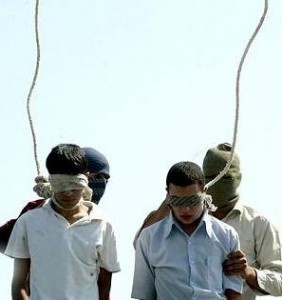 During an appearance on NBC’s “The Tonight Show,” Obama told host Jay Leno said he has “no patience for countries that try to treat gays and lesbians and transgendered persons in ways that intimidate them or are harmful to them.”

He also seemed to believe that Russia’s controversial new laws curbing apparent advocacy of homosexuality could cause problems at the 2014 winter Olympics in southern Russia.

Here’s how it is in Obama’s hometown in Jakarta.

In Jakarta lesbians, gays, bisexuals, transgendered, and transsexuals are legally labeled as “cacat” or mentally handicapped and are therefore not protected under the law.

In 2002, the Indonesian Government gave Aceh province the right to introduce Islamic sharia, albeit only to Muslim residents. For example, the city of Palembang introduced jail and fines for homosexual sex. Fifty-two regions have since enacted sharia law from the Koran which criminalizes homosexuality.

Too bad the Muslim world doesn’t have any vodka to pour into the gutters.Discussing Muslim homophobia is a taboo. It’s fine to insult European countries, but treating Muslim countries the same way leads to persecution. Just look at the treatment Richard Dawkins is getting.

Of the seven countries that impose the death penalty for homosexuality, all are Muslim.

But Obama has patience for them. He even bows to them. 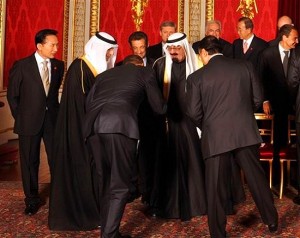 In Case You Missed It:  Attorney, VP of Legal Affairs at Liberty Counsel Discusses Lawsuits in NY and What You Can Do if Your Employer is Demanding You Get the Jab (AUDIO)
Posted in Terrorism, Tyranny and tagged Iran, Islam, Muslims, Obama, Russia, Saudi Arabia, Vladimir Putin.

By Mark Steyn National Review Online On December 7, 1941, the U.S. naval base at Pearl Harbor was attacked. Three...