This morning, the Obama Administration announced the award of over $655,000 in taxpayer grants to three Planned Parenthood affiliates to act as “navigators,” helping enroll Americans in federally facilitated insurance exchanges under Obamacare. Those grants are part of $67 million in federal funds that will go to over 100 organizations to help promote the health care law.

Planned Parenthood clinics across the country could stand to receive even larger influxes of taxpayer dollars from state and federal coffers as more of Obamacare is implemented. As Heritage’s Alyene Senger points out, fears of low enrollment in Obamacare exchanges have prompted both federal and state governments to begin funding an army of taxpayer-compensated community groups that will facilitate entrance into the health care marketplaces.

While federal navigators will help aid enrollment in the federally facilitated exchanges across 34 states, more than a dozen states setting up their own state-based exchanges before October plan to spend tens of millions in taxpayer dollars funding community group “assisters” to promote their marketplaces. Many of those “assisters” could also include local Planned Parenthood affiliates, providing additional streams of Obamacare funding to the largest abortion provider in the U.S. 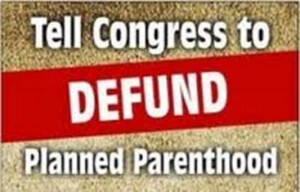 Just this week, the District of Columbia announced it would give $375,000 in taxpayer funding to Planned Parenthood of Metropolitan D.C. to act as an “assister” by enrolling citizens in the District’s health care exchange. The local affiliate was one of 35 community groups to receive a total of over $6 million in government funding to promote the health care law within the District.

At Planned Parenthood’s annual fundraising gala this year, President Obama lauded the group’s efforts in helping pass the coercive health care law. He particularly praised the group’s work in developing the preventative services mandate that is currently trampling on many employers’ fundamental freedoms by forcing them to provide coverage of abortion-inducing drugs and contraception in their health plans.

Planned Parenthood could also financially benefit from an Obamacare requirement that qualified insurance plans cover “essential community providers.” Those providers, according to a list released by the Department of Health and Human Services earlier this year, could include over 400 local Planned Parenthood affiliates.

With over half a billion in current government funding in one year alone, Planned Parenthood hardly needs additional taxpayer dollars, especially as it faces mounting accusations of fraud, allegedly neglects the safety of women, and expands its provision of abortion services.

The coercive, one-size-fits-all regime of Obamacare is already set to increase costs and further burden taxpayers. Bureaucrats using the law to funnel more tax dollars to an organization that performed almost 1 million abortions in the past three years alone should give policymakers another reason to repeal Obamacare.

“Heavens, I have staff who don’t make much money. This would be a really big bite for them.” That could...