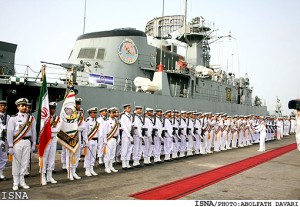 Iran seized an Indian oil tanker in the Persian Gulf. According to the Times of India, the ship, MT Desh Shanti, was detained in international waters and is now being taken to Iran’s Bandar Abbas port. Too early to tell what this will mean for oil prices. Iran has previously threatened to block the Staits of Hormuz if sanctions were imposed. What’s Iran’s official line?

Tehran authorities conveyed to India that the ship was polluting Iranian waters, but this is being seen as flimsy reasoning.

In Case You Missed It:  Portland Rioters Take Their Turn Celebrating May Day As They Smash Up What’s Left Of Downtown
Posted in Terrorism and tagged Freedom, HonestReporting, India, Iran, Oil, Terrorism.