Over 600 people were killed during the August 14-17 clashes between the Egyptian military and the Muslim Brotherhood. In the aftermath, the media and the political class have focused on the military’s crackdown while largely giving the Obama backed Muslim Brotherhood a pass.

For example, Sens. John McCain (R-AZ) and Lindsey Graham (R-SC) released a joint statement to Obama late last week urging him to suspend aid to Egypt due to the actions of the Egyptian military but they made no mention of the Muslim Brotherhood’s purposeful targeting of Coptic Christians.

On August 16, Investors.com reported that the Muslim Brotherhood was using the clashes with the military as “cover for ongoing persecution” of Christians:

Amid the raging violence in Egypt, a less-publicized war is being waged against Egypt’s long-persecuted Coptic Christians, this time using the excuse that they were somehow involved in the military’s ouster of the Muslim Brotherhood’s Mohamed Morsi from power.

There have reportedly been “39 incidents of violence against churches, monasteries, Coptic schools and shops in different parts of [Egypt] within the past few days.” This includes “the torching of the Prince Tadros Church in the province of Fayoum.”

And such attacks have not been limited to the past few days. In May 2011, Islamists stormed into Virgin Mary Church in Cairo, shouting, “With our blood and soul, we will defend you, Islam.” They also attacked and burned the homes of nearby Coptic Christians, “killing a dozen and wounding more than 200.” 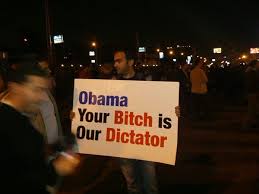 What have Senators McCain and Graham said about this? Nothing.

What have well-known media personalities said? Nothing.

The weekend developments were the latest signs of the constrained ability of the administration of President Barack Obama to influence events in Egypt. The White House has indicated it plans to continue sending $1.5 billion in military  aid to Egypt’s Islamist.

Is it even possible to defund Obamacare? And does advocating this mean you want to shut down the government? Critics...