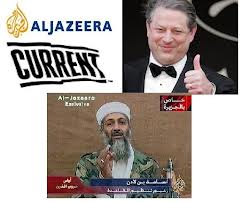 The news channel originally catered to the English speaking population online through Al Jazeera English, which started in November 1996. The channel previously struggled to attract U.S. audiences, due its association as anti-American, according to BBC news.

CNN News also claims the network has “long tried to break into the U.S. market but had little luck getting American broadcasters to carry its channels.”

In 2010, the Al Jazeera English drew criticism for broadcasting Osama bin Laden videos in hostility towards the Bush administration. 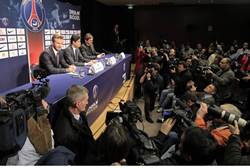 Amidst the earlier controversy, Al Jazeera has not yet signed agreements with major television operators, such as Time Warner Cable, who dropped the channel as soon as it bought out Current TV.

Earlier this year, “The Daily Show” host, Jon Stewart, also knocked the arrangement, describing it as an “odd move” and grilled Al Gore on his decision to sell the network to a “fossil-fuel-based buyer.”

Many media outlets have questioned the networks ability to draw an American audience, such as British news outlet, The Independent, who ran the headline, “Al Jazeera launches channel in US, but will anyone watch?”

Even though Al Jazeera faces challenges with viewers who associate it with anti-Americanism, the network promises to provide unbiased international new coverage and to focus on important stories to its American viewers.

August 21, 2013 17:39 by Pesach Benson According to press reports, hundreds of Syrians were killed in a chemical attack...