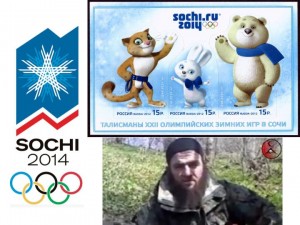 Saudi intelligence has issued a tacit threat to have terrorist attacks carried out in Russia at the Winter Olympics in February 2014, should the state continue to support the Assad regime in Syria.

The threat was revealed in leaked transcripts of a closed-door meeting three weeks ago between Russia’s Vladimir Putin and Saudi Prince Bandar bin Sultan.

It appears that following initial vocal concerns expressed by Gulf state diplomats and senior leaders of the Syrian opposition, the leaked material was provided to the Russian media. More details then emerged in the Lebanese newspaper As-Safir, which is sympathetic to Hezbollah and thus extremely inhospitable toward Saudi Arabia.

The respected middle east news agency Al Monitor carries a translated version of the As-Safir report which suggests that during the talks, Bandar, who heads the primary Saudi intelligence agency, allegedly presented a cornucopia of offers and threats with regards to Syria.

In return for Russia’s cooperation, Bandar is alleged to have promised to safeguard Russia’s naval base in Syria should Assad be forced from power.

Perhaps the most interesting snippet in the report, has Bandar suggesting that should Russia elect not to reach an agreement over Syria, Chechen terrorist attacks may be carried out on the Russian hosted Winter Olympics next year in Sochi.

“I can give you a guarantee to protect the Winter Olympics next year.” Bandar is alleged to have said. What makes the pledge threatening is that he is also quoted as saying “The Chechen groups that threaten the security of the games are controlled by us.”

Bandar also allegedly stated that Chechen terrorists currently in Syria were a tool that could be used at will.

“The Chechen groups that threaten the security of the games are controlled by us, and they will not move in the Syrian territory’s direction without coordinating with us.” Bandar is quoted as saying. “These groups do not scare us. We use them in the face of the Syrian regime but they will have no role or influence in Syria’s political future.” he added.

Bandar also allegedly said that he was speaking with the full backing of the US government.

The London Telegraph also reported on the leaked notes, noting the Saudi prince’s attempt to further sweeten Putin with a secret sweeping oil deal and a pledge to safeguard Russia’s gas contracts should he abandon support for the Assad government.

The deal appears to be in the form of an offer to form a Russian/OPEC alliance on oil production that would significantly affect global markets. While Syria is not a major oil producer, any military action taken against the country could have wider repercussions on oil markets.

Vladimir Putin is said to have responded “We know that you have supported the Chechen terrorist groups for a decade. And that support, which you have frankly talked about just now, is completely incompatible with the common objectives of fighting global terrorism that you mentioned. We are interested in developing friendly relations according to clear and strong principles.”

The Russian president is also said to have commented “Our stance on Assad will never change. We believe that the Syrian regime is the best speaker on behalf of the Syrian people, and not those liver eaters.” referring to the rebels.

Bandar is said to have responded that there would be “no escape from the military option” if Russia were to decline the Saudi terms for accord.

The leaked transcripts do dovetail with initial reports that sourced anonymous European and Arab diplomats.

It is possible that the leaked transcripts could be embellished by Russian intelligence, for propaganda purposes. However, the detail contained within them makes them appear authentic. Regardless, the report makes for compelling reading, particularly considering Saudi Arabia’seagerness to take decisive action to overthrow and remove the Syrian government permanently.

Webster Tarpley has also recently detailed the fallout of the Saudi/Russian standoff:

After all manner of campaigns against smoking, it turns out that civil society has some sway in the matter. A...