The leftist leaning Los Angeles Times reporters Kathleen Hennessey, Richard Simon, Alexei Koseff reported false information claiming that “Democrats led the passage of civil rights legislation that marchers pushed for in 1963.”  This is an example of the Left’s ongoing war to rewrite history. Democrats are like the  Holocaust deniers with their own history. 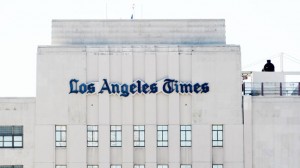 The reality is  Democratic Sen. Robert Byrd (D-WV), a former member of the Ku Klux Klan, filibustered the bill in an attempt to kill the Civil Rights Act of 1964. It was Republican Minority Leader Everett Dirksen (R-IL) saved the landmark civil rights law from defeat by galvanizing Senate Republicans for a cloture vote to stop the Democrat-led filibuster

On June 9, 1964, the night before the historic cloture vote, the 68-year-old Republican stayed up late into the night typing a speech on twelve sheets of Senate stationery. The next day, Senator Everett Dirksen delivered his oration on the floor of the U.S. Senate just minutes before the final vote. The final tally: 71 to 29, with 27 of the 33 Republicans voting to defeat the Democrat-led filibuster.

Democratic Majority Leader Mike Mansfield said, “This is his [Dirksen] finest hour. The Senate, the whole country is in debt to the Senator from Illinois.” Two days after Dirksen’s speech, Roy Wilkins of the NAACP wrote Dirksen a contrite letter apologizing for his earlier attacks. “The National Association for the Advancement of Colored People sends its thanks to you for your vote for cloture and for your final speech before the vote,” Wilkins wrote. “Your leadership of the Republican Party in the Senate at this turning point will become a significant part of the history of this century.”

The Los Angeles Times has yet to correct publish a correction to these outright falsehoods claimed by their reporters.

To summarize a few facts.
1. Democrats started the Ku Klux Klan in 1866
2. Republicans started the Historically Black Colleges and Universities
3. Democrats fought against civil rights in the 1950’s and 1960’s
4. Celebrated Democrat Senator Robert Byrd was a former “Exalted Cyclops”
5. Republicans championed civil rights in the 1950’s and 1960’s…Democrats stopped Pres Eisenhower’s attempts to pass a Civil Rights Bill in the 1950s.
6. Dr. Martin Luther King, Jr. was a Republican.
A great site to get a true picture and history is at: http://www.joshuastrail.org/ on the bottom click on the ‘National Black Republican Association Newsletter’

Lawmakers are on track to bargain away the one spending cut they got. The Washington Post reports that President Obama...