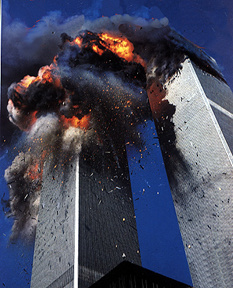 On Friday, Senate Majority Leader Harry Reid returns to Washington to begin the procedural motions to bring to a vote an authorization of military strikes against Syria. Given the extended time-frame for debate in the Senate, it is likely then that the vote to end debate and pass a resolution for military action would occur on Wednesday, September 11. Just twelve years after Al-Qaeda attacked New York City and Washington, the United States Senate will vote to fight alongside it.

In the sectarian civil war that has engulfed Syria for two years, fighters close to Al-Qaeda have played a dominant role in the struggle to topple Syrian dictator Bashar al-Assad. While there are moderates among the rebel forces, al-Qaeda backed forces are much stronger militarily and would likely dominate any post-Assad regime in Syria.

President Obama is pushing Congress to authorize a military strike against the Assad regime, over allegations that the government used chemical weapons against its opposition. Sens. John McCain and Lindsey Graham are pushing Congress to go even further, providing heavy weapons to rebel forces and making regime-change an explicit goal of US foreign policy.

Any action the US takes against Assad will be a boost to rebel forces, who have struggled to make progress on their own. It would also be a tremendous boost to Al-Qaeda who, with Assad out of power, could again control a country from which it could base its operations.

That the Senate would vote for such an action on the twelfth anniversary of 9/11 and the one year anniversary of the terrorist attacks in Benghazi is beyond my ability to comment.

An updated tax rule is causing restaurants to rethink the practice of adding automatic tips to the tabs of large...