If you have a job that involves building homes, buying homes, selling homes or that is in any way related to the mortgage industry, you might want to start searching for alternate employment.  Seriously.  Interest rates are starting to rise dramatically, and mortgage lenders such as Bank of America, Wells Fargo and JPMorgan Chase are all cutting thousands of mortgage-related jobs.  Last week, mortgage refinance activity plunged to the lowest level that we have seen since June 2009 and total mortgage activity dropped to the lowest level since October 2008. 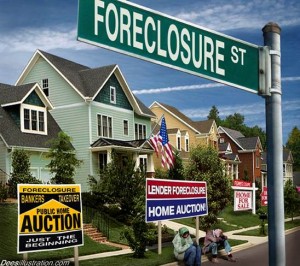 Unfortunately, this is only the beginning.  Mortgage rates closely mirror the yield on 10 year U.S. Treasuries, the the yield on 10 year U.S. Treasuries has nearly doubled since early May.  But it is still only sitting at about 3 percent right now.  As I have written about previously, it has a ton of room to go up before it hits “normal” historical levels, and so do mortgage rates.  As I noted the other day, some analysts believe that the yield on 10 year U.S. Treasuries is going to hit 7 percent eventually.  If that happens, mortgage rates will be more than double what they are today.  And we have already seen the average rate on a 30 year fixed rate mortgage go from 3.35 percent in May to 4.57 percent last week.  If interest rates continue to rise we could be heading for a “housing Armageddon” that will make the last housing crash look like a Sunday picnic.

The mini-housing bubble that we have been enjoying for the last couple of years is coming to an abrupt end.  It doesn’t matter what the mainstream media is telling you about a “sustainable” housing recovery.  Just look at how the big mortgage lenders are behaving.  They know the gig is up.  According to Bloomberg, Bank of America has just announced that they will be eliminating 2,100 mortgage-related jobs…

Would they be doing that if we were really heading into a “sustainable housing recovery”?

In Case You Missed It:  Is Racism Responsible for Today’s Black Problems? 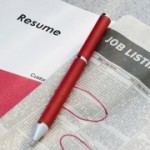 Would they be doing this if they thought that brighter days were ahead?

In fact, Well Fargo just announced that it expects to make 30 percent fewer home loans this quarter because of rapidly rising interest rates.

The mini-housing bubble that the mainstream media has been hyping so much is over.

If your job has anything to do with real estate or mortgages, it is time to start thinking about a career change.

This is especially true if your job is related to refinancing mortgages.  All of the smart people have already refinanced.  As rates continue to rise rapidly, the only ones that will be refinancing are really stupid people.  According to Zero Hedge, mortgage refinance activity has already dropped by a whopping 70 percent since early May…

For the 16th of the last 18 weeks, mortgage refinance activity plunged (dropping 20% this week alone).Since early May, when the dreaded word “Taper” was first uttered, refis have collapsed over 70%. With mortgage servicers and providers large and small laying people off, it seems hard for even the most egregiously biased bull to still suggest that the housing recovery is sustainable.

And this rise in interest rates is just getting started.  The Federal Reserve has not even begun to “taper” yet.  Once that starts happening, the consequences could be quite dramatic…

“In early 1994, when the U.S. recovery gained strength, the Fed started a tightening cycle and bond markets crashed not only in the U.S. but also around the world,” European Central Bank Executive Board member Joerg Asmussen said on Tuesday.

“If spillovers were large in 1994, we can expect them to be even larger today in an even more deeply interconnected world,” he added in the text of a speech for delivery in Brussels.

Of course when the Federal Reserve “tapers” their quantitative easing it won’t really be “tightening” as much as it will be slowing down the pace at which they are recklessly creating tens of billions of dollars out of thin air.  But the effect will be similar to what we saw back in 1994.

As interest rates rise, it will become much more expensive to buy a home and much more difficult to sell a home.  To give you an idea of how dramatically interest rates can affect housing affordability, I wanted to share some numbers from one of my previous articles…

Does 8 percent sound crazy to you?

It shouldn’t.  8 percent was considered to be normal back in the year 2000.

As interest rates go up, home prices will have to fall.  Otherwise, nobody will be able to afford them.

In the end, we could end up with tens of millions more homeowners that are substantially “underwater” on their mortgages.

So who is to blame?

The Federal Reserve of course. 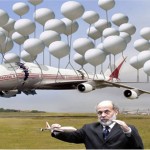 They created this bubble by forcing interest rates down to record low levels.

At some point it was inevitable that interest rates would start reverting back to more “normal” levels, and that “adjustment” is going to be immensely painful for the U.S. economy.

As we saw back in 2008 and 2009, when the housing industry suffers the entire economy suffers.

And the higher that interest rates go, the more suffering there will be.

So let us hope and pray that interest rates do not go any higher, but let us also start preparing for the very worst.

Liberals: Britain’s Traitors The traditional political parties in the UK are the Conservative, Labour and Liberal Democrat parties. On key...