A number of Muslim girls from Tunisia have become pregnant after traveling to Syria to participate in “sexual jihad,” according to Lotfi Bin Jeddo, Tunisia’s Interior Minister.

The girls “are (sexually) swapped between 20, 30, and 100 rebels and they come back bearing the fruit of sexual contacts in the name of sexual jihad and we are silent doing nothing and standing idle,” Al Arabiya reported he said during an address to the National Constituent Assembly.

The Telegraph has more:

“After the sexual liaisons they have there in the name of ‘jihad al-nikah’ – (sexual holy war, in Arabic) – they come home pregnant,” Ben Jeddou told the MPs.

He did not elaborate on how many Tunisian women had returned to the country pregnant with the children of jihadist fighters.

Jeddo also said his ministry had taken a number of steps to stem the flow of Tunisians travelling to Syria. 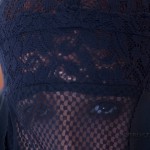 Tunisia’s former Mufti (the country’s highest religious official) warned earlier this year that 13 Tunisian girls “were fooled” into travelling to Syria to offer sexual services for the rebels. He  described the practice as a form of “prostitution.”

“For Jihad in Syria, they are now pushing girls to go there. 13 young girls have been sent for sexual jihad. What is this? This is called prostitution. It is moral educational corruption,” Battikh said.

COLUMBUS, Ohio -- Global warming is a natural geological process that could begin to reverse itself within 10 to 20...