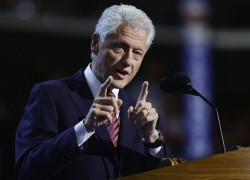 Strangely, twenty years on, I find nothing new to say about the Oslo accords signed on Sep. 13, 1993.

I reread what I wrote on the 10th anniversary and realize that no major changes have occurred. The players remain in their customary positions, with the one exception that Israelis have wised up to Palestinian intentions, making them less inclined to make painful but fruitless concessions. Decadal stasis points to the sterility of the Arab-Israeli diplomatic process, a creation of the “peace processors'” dreams rather than a reflection of reality.

Especially at a time like this, when an American attack on Syria looms and Egypt is convulsed over the dispatch of the Morsi government, when the Iranian nuclear centrifuges are spinning and Erdo?an is daily turning into more of a dictator, when Libya and Tunisia are falling apart, it’s a perfect opportunity to ignore this dismal topic, which I plan to do from this second on. (September 13, 2013)