Do you know the name of Muhammed’s mother? No, me neither.  I can manage the names of two of his wives and his Christian concubine, plus his daughter, but not his mother. The matter was, however, of more than academic interest when gunmen took over the Westgate shopping centre in Nairobi. According to witnesses, members of the public were lined up and then gunned down if they failed to name the mother of the founder of Islam or recite verses from the Koran. Those lucky enough to be able to speak Arabic — possibly passages from the Koran — were let go. The rest were fair game. 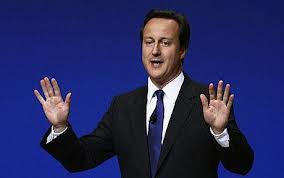 Now, whatever else you can say about these individuals, I think we can agree, can’t we, that religion looms quite large in their world view? I mean, if knowledge of the Koran or Muhammaed’s immediate family is a reason for them to shoot people or not, then I think we can assume that the Islamic faith is, rightly or wrongly, a factor in what they’re doing.

So why was it, do you think, that David Cameron, in making a statement today about the killings, observed:

But that’s precisely what these men didn’t do. They didn’t declare that their motivation was terror, violence or unspecified extremism. What they did mention, besides references to mujahedeen and kaffirs, if the Twitter messages allegedly from them are authentic, is the presence of Kenyan soldiers in Somalia. ‘The attack at Westgate mall,’ went one of them, ‘is just a very tiny fraction of what Muslims in Somalia experience at the hands of Kenyan invaders.’ So, it may well be that they are Somali patriots resentful at the presence of African Union troops in their country, but this is not to exclude religion from the picture, since they themselves go out of their way to make a point of it. 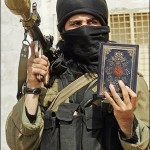 And while it is undoubtedly true that their actions were, are, abhorrent to the great majority of Muslims in Britain and elsewhere — certainly all the ones I know — it’s really not the case, is it, that they don’t represent Islam or Muslims anywhere in the world. They represent, to their own satisfaction, a strand of Islam which is very unwelcome to many moderate Muslims but which does have a basis in the religion and their understanding of it.

Al Shabaab — ‘the youth’ — was originally the radical youth wing of Somalia’s Union of Islamic Courts in 2006. They fought Ethiopian forces that were backing the then-government. And in the areas under its control they imposed an extreme version of Sharia law to the point of stoning to death women accused of adultery and amputating the hands of thieves. This sort of thing is frowned on in moderate Muslim states, but whatever else you can say about it, it is intended to conform to the strictest precepts of Islam — there is an account in one reasonably reputable source about Muhammad approving the stoning of an adulteress and her lover.

So why does the PM pretend otherwise? Really we’re back in post 7/7 territory, when the Home Secretary, Jacqui 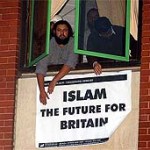 Smith, declared that Islamic terrorism would henceforth be labelled ‘anti-Islamic activity’. Certainly, the actions of extremists had a grave effect on ordinary Muslims, but this was by any reckoning an abuse of language. It failed to catch on.

If the prime minister had merely observed that the actions of the Kenyan jihadists are abhorrent to the great majority of Muslims and certainly the great majority of British Muslims, no one would have disagreed. Indeed, we can take it as read, I think, that his remarks were motivated by an honourable wish to disassociate moderate Muslims from the actions of men whose actions revolt them, and to discourage those who might wish to take out their indignation about the Kenyan atrocities on some unfortunate newsagent in Hackney. But to say that al Shabaab and its representatives in the Westgate shopping mall don’t represent Muslims or Islam anywhere in the world is simply untrue and if we try to deal with jihadis on the basis that they are unspecified extremists rather than people with a very pronounced religious ideology, it’s not really adding to our understanding of what has happened or our ability to prevent something similar happening here.