Don’t you remember? Most of America, of course, doesn’t. The mainstream media never told the masses. They were too busy fawning over the fraud who wound up being awarded the 2009 Nobel Peace Prize.

Sick irony, that. As the smoke clears and the body count mounts from the appalling Islamic terrorist attack on the shopping mall in Nairobi, Kenya, the fact that Obama had a personal hand in paving the way for groups like Al-Shabab to flourish in that part of Africa gets no coverage.

Those of us who pay attention to the real news know that in 2006, as a newly elected United States senator and rising star in the Democratic Party here, Barack Hussein Obama traveled to Kenya and illegally used his office (in violation of the Logan Act) to campaign for his cousin of the Luo tribe, Raila Odinga, who was running for president there.

Odinga wound up officially losing the 2007 election, but he and his socialist/Islamic Sharia platform hard-line supporters refused to accept the results.

Odinga’s faction already had an action plan in place in the event of their election defeat, and they carried it out with utter ruthlessness. They waged violent jihad against Christians, hacking them to death with machetes, and conducted a prolonged campaign of “ethnic cleansing” and murder, riots, and all kinds of terror, including the burning and total destruction of at least 80 Christian churches. The body count from that ”religion of peace” pogrom was in the thousands, with a half a million people displaced by the violence.

In the end, the presidential election winner and his party caved in to the relentless campaign of Odinga’s Muslim terrorists, which had enjoyed the tacit stamp of approval from the American official (who had, don’t forget, given the keynote address at the 2004 democrat national convention), senator Barack Obama.

In order to quell the jihad violence, a power-sharing agreement was brokered with Odinga’s terrorist faction. Appeasing Islamic intimidation, Odinga was given the title of prime minister, and another key part of the deal was that Islamic Sharia law would be observed and enforced in all “Muslim declared regions” along with Islam being officially declared the supreme religion. 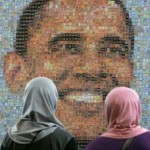 You have to go to websites such as World Net Daily, Atlas Shrugs, and Front Page Mag to get the lowdown, and you have to listen to Dr. Jerome Corsi report on his findings from his 2008 trip to Kenya, where he was arrested and jailed, then furtively deported, for trying to get the truth out.

According to World Net Daily, McCarthy’s book “The Grand Jihad: How Islam and the Left Sabotage America,” describes how “Obama spent six days barnstorming the Kenyan countryside in support of Raila Odinga, the 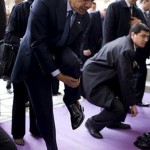 socialist Luo who was seeking the presidency. Appearing with Odinga at campaign stops, Obama gave speeches accusing the sitting Kenyan president of being corrupt and oppressive, leaving the masses in poverty.”

I can’t help but notice the connection between Obama throwing the weight of his U.S. senate office behind the campaign of terrorist jihad which took place in Kenya in 2007, and the eventual massive terrorist ghastliness taking place in Kenya now.Around the globe, Obama supports the worst of the worst, because that’s what socialist community organizers do–they exploit and exacerbate conflict, to bring about their radical Marxist revolutionary goals.We are the new media. Please help get the word about this out to the rest of America.

In Case You Missed It:  Sunny Hostin Of ‘The View’ Mocks Herschel Walker Voters: ‘Who Are These People?’ (VIDEO)
Posted in Terrorism, Tyranny and tagged Islam, Jihad, Kenya, Obama, Terrorism.

U.S.-Brazil Relations: Where Do We Go from Here?