Israeli tax authorities were surprised to discover a staggering 700,000 fake Viagra pills during an inspection this week at the Ashdod Port. 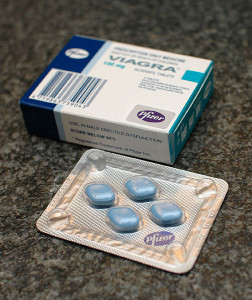 According to Walla, the pills were found in a shipment of furniture from China intended for delivery to a Palestinian Authority resident importer. The pills would have sold for roughly NIS 20 million.

The bust is one of the largest Israeli authorities have seen involving medication.

The smuggling attempt was thwarted when an inspector doing an x-ray check of the shipment noticed that the furniture was irregularly stacked. He decided to conduct a physical check of the merchandise, and found that hundreds of television stands had been pulled apart and used to hide several dozen bags of brightly colored pills.

Due to the huge quantity of pills, officials believe that the fake medication was to be marketed not only within PA territory, but in Israel and possibly in other countries as well.

The pills were destroyed as a health threat.

In Case You Missed It:  HAPPENING NOW: McCarthy Caves, Gives In to Every Demand Made by GOP Detractors: Report
Posted in Financial and tagged China, Crime, Financial, Freedom, Made in China, Palestinians, Sex.

Israel was among those who warned Kenya's government of the high risk of an attack before the deadly assault on...