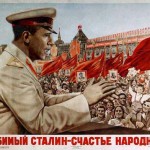 What if President Obama wants a default?

This is, after all, a man whose starting negotiating position is that he “will not negotiate” with Congress on spending to raise the debt ceiling. This is a position unprecedented in American history since only Congress is granted the “power of the purse”.

This is a man willing to use the instrumentalities of government to punish innocent Americans.

This is a man willing to torture World War II veterans, many of whom are terminally ill and trying to see their memorial for the first and last time.

This is a man spreading panic and fear about the debt ceiling, an utterly irresponsible, reprehensible and unprecedented step by a president.

Here are the facts:

There is virtually no chance of a default, unless Obama orders a default

In fact, Dean Clancy has done an exceptional job dissecting Obama’s fear-mongering over the debt ceiling.

There is virtually no chance of a default, unless Obama orders a default.

…Mr. Obama is misleading the public by suggesting the question is whether to pay our bills. Of course we will pay our bills. No one is saying we shouldn’t. The question is whether to raise the debt ceiling without also putting in place reforms to make future borrowing less necessary. Mr. Obama’s resistance to such reforms makes him, not fiscal conservatives, the one holding the absurd position… 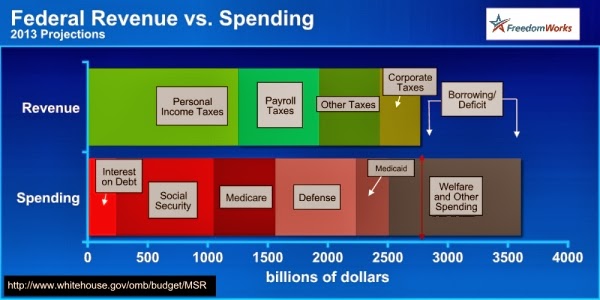 …As the chart above shows, if we hit the debt ceiling, we will still have more than enough tax revenue coming in to pay the most economically and politically sensitive obligations…

…In talking about “not paying our bills,” Mr. Obama is hinting — without openly saying — that the US Government might fail to pay its creditors. This is highly irresponsible. He knows very well that, in the event we hit the debt ceiling, the US will continue to be able to pay all holders of US bonds (principal as well as interest). Even so deep-dyed a left-winger as Mr. Obama would never dare to miss a payment to bondholders. If he did, Uncle Sam’s credit rating would almost certainly take an immediate hit, driving up interest rates and rattling world markets. In failing to make all this clear, the President allows those who are less knowledgeable to mistakenly assume that a debt default is a realistic possibility. It’s not.

But these arenot, by any stretch, normal circumstances.

The Cloward-Piven Strategy of Manufactured Crisis

Author James Simpson has probably done the most comprehensive work in documenting “The Cloward-Piven Strategy of Manufactured Crisis“. His comprehensive article, writtenbefore Obama’s 2008 election, described what the community organizer intended for America. The strategy, first articulated by two Columbia professors — who taught there during Obama’s years as a student — describes crushing capitalism by overwhelming it through massive expansion of the welfare state.

The “Cloward-Piven Strategy” seeks to hasten the fall of capitalism by overloading the government bureaucracy with a flood of impossible demands, thus pushing society into crisis and economic collapse…

…Their strategy to create political, financial, and social chaos that would result in revolution blended Alinsky concepts with their more aggressive efforts at bringing about a change in U.S. government. To achieve their revolutionary change, Cloward and Piven sought to use a cadre of aggressive organizers assisted by friendly news media to force a re-distribution of the nation’s wealth…

Is Obama’s refusal to negotiate, his threats of economic collapse, and his incessant agitating are all intended to set the stage for a default?

I leave that answer as an exercise for the reader.

In Case You Missed It:  “We Will Not Comply!” – Thousands March Against Covid Vaccine Mandates in NYC (VIDEO)
Posted in Financial, Tyranny and tagged Debt Crisis, Deficit, Obama, Obamanomics.

Obamacare in Action: This Man’s Premiums Are Going Up 61 Percent

Higher insurance premiums are just one side effect of Obamacare, but many Americans are finding out that they will also...