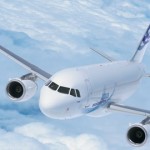 While the federal and state governments continue to cut programs for education, scientific research, and the environment, the Pentagon continues to spend wildly on items and them toss them out. We recently saw how they prefer to deliver bags of money to Karzai, buy Russian aircraft that Afghans can’t fly or maintain, or build huge buildings to be then torn down unused. Of course, no one is ever fired for constructing massive buildings that no one wants only to tear them down. After all, these are contracts going to powerful companies with friends in the government. Now, we are buying huge planes at $50 million a pop only to roll them directly from the factories into mothballs because no one wants them. To make this even more incomprehensible, we are not even making the cargo planes. Like the Russian helicopters that the Afghans cannot fly, we are buying the cargo planes from Italy . . . and we are continuing to order more as we struggle to find places to dump them.

The dozen Italian-built C-27J Spartans have been shipped to an Air Force facility in Arizona dubbed “the boneyard.” We are ordering five more, which are expected to be immediately sent with the others into mothballs. The Air Force has spent $567 million on 21 of the planes which will join some 4,400 other aircraft and 13 aerospace vehicles at the boneyard — more than $35 billion of unused airplanes.

Why order planes to be immediately mothballed? Ohio’s senators, Democrat Sherrod Brown and Republican Rob Portman wanted them to give a mission for Mansfield Air National Guard Base and to save 800 jobs. So we will spend $567 million to save 800 jobs. Wouldn’t it have been easier to give half a million to each of their constituents and save the rest of the money?

Of course, with citizens rising up against the latest effort of the Administration and Congress to intervene in another war, we could have a pile up of unused weapons . . . until we find a use for them.

A voice of reason emerged today among the doomsday predictions over a U.S. government default if the debt limit is...