A senior officer in the IDF’s Judea and Samaria Brigade expressed concern on Thursday over the series of recent terror attacks. 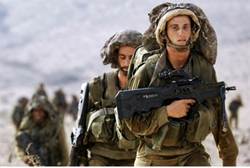 The officer said that the latest attacks are an alarming sequence of events which show that Palestinian Authority Arabs are very much motivated to carry out attacks.

“We view the attempted attack tonight very seriously and are prepared for future similar incidents,” said the official, referring to the tractor attack that was thwarted near Jerusalem on Thursday evening.

In that attempted attack, a terrorist aged about 30 broke into an IDF base at A-Ram, north of the capital, driving a tractor.

He succeeded in breaking through the base’s fence. Soldiers fired on him and killed him.

Palestinian Authority-based websites say that the terrorist’s brother was responsible for a similar attack in 2009.

A week earlier, a terrorist infiltrated the Binyamin region community of Psagot, shooting nine-year-old Noam Glick at close range and then fleeing.

The IDF continues to investigate the attack. Two brothers from the Palestinian Authority town of Kfar el-Bireh have reportedly been arrested as suspects.

On September 22, IDF soldier Gal (Gavriel) Kobi was killed by a terrorist sniper in Hevron.

Several days before this attack, IDF soldier Tomer Hazan was kidnapped and murdered by a PA Arab terrorist with whom he had worked in a restaurant in Bat Yam. The terrorist lured Hazan to Samaria, where he murdered him and disposed of his body.

In Case You Missed It:  Woke Pro-Vaccine Army Sergeant Wants You to Know She’s Ready and Willing to Shoot You When Martial Law Is Declared
Posted in Israel, Terrorism and tagged Islam, Israel, Jihad, Judea and Samaria, Military, Palestinians, Terrorism.

(CNSNews.com) - There is a "bright side" to the failed Republican effort to protect the American people from Obamacare, Rep....