Now that the government is whirring again, President Obama has identified three priorities for the country. Here’s a quick look at how they stack up against your priorities. 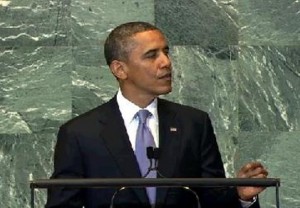 “There is a lot of work ahead of us, including our need to earn back the trust of the American people that has been lost over the last few weeks,” Obama said. “And we can begin to do that by addressing the real issues that they care about.”

Well, Americans still say the economy is their no. 1 concern—by a large margin.

How would Obama’s new priorities affect the economy?

The kind of immigration changes the President and his allies are pushing for would be a huge drain on hard-working taxpayers. As Heritage Vice President Derrick Morgan says, “The American taxpayer can’t afford amnesty’s multi-trillion-dollar price tag.” Granting amnesty to illegal immigrants would add millions of people to the entitlement programs that are already unsustainable for the people they’re supposed to serve. (And it wouldn’t deter more illegal immigration, either.)

The President says he wants “a sensible budget that is responsible, that is fair.” But how can a budget be sensible and responsible if it only drives the spending and debt crisis? As Heritage’s Grover M. Hermann Fellow Romina Boccia wrote in response to the latest budget deal:

To truly avoid a spending and debt crisis, today and in the future, Congress should cut spending and enact entitlement reforms that put the budget on a path to balance.

Again, it’s the entitlement programs that are driving our budget woes—and Obamacare is only adding new ones. Entitlement reform would be a far better priority.

The new House and Senate farm bills are loaded with the usual subsidies, and they aren’t for the hard-working family farmers you would think of. The bills take from taxpayers to give to special interests. They intentionally restrict food supplies to drive up food prices. And what is a Christmas tree tax doing in there? This isn’t helping middle-class American families get jobs.

Americans care about the economy. They care about finding work and making ends meet. None of the President’s policies helps them. This is not how Washington can earn back trust.

A senior officer in the IDF’s Judea and Samaria Brigade expressed concern on Thursday over the series of recent terror...