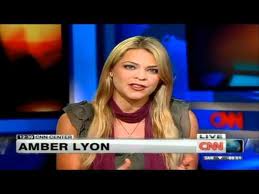 Three-time Emmy winning journalist and former CNN reporter Amber Lyon is blowing the whistle on CNN. She says the network is paid by the Obama administration and foreign governments to avoid damaging stories and construct attractive narratives.

Lyon explained she was part of a four-person team send to Bahrain to cover the Arab Spring. The colorful footage illustrated the imminent danger both the team and native activists faced at the hands of radical Muslims.

But CNN never broadcasted the documentary because the U.S. supported the Bahrain regime. The Bahrain government also paid CNN not to broadcast it.

Lyon said, “I saw first-hand that these regime claims were lies, and I couldn’t believe CNN was making me put what I knew to be government lies into my reporting.”

The journalist discovered her reports weren’t the only ones being kept off the air by the U.S. and foreign governments. Lyon challenged the left-wing network when she realized she’d found out such sensitive information.

Now, Lyon is attempting to get her story to the public.

Do you support Amber Lyon? Do you believe CNN is paid off?

In Case You Missed It:  Was the Buffalo shooter groomed by the FBI to commit mass murder?
Posted in Freedoms, Tyranny and tagged CNN, Muslims, Obama.

Obamacare to collapse under the weight of rising premiums

(NaturalNews) The scramble is on to bring the logistical framework for Obamacare into full fruition before its inaugural arrival in...