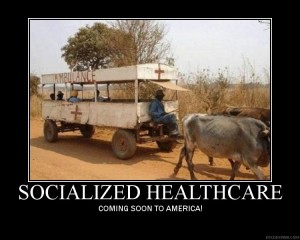 (NaturalNews) The scramble is on to bring the logistical framework for Obamacare into full fruition before its inaugural arrival in 2014. But as legislators and program architects dig down into the nitty-gritty of what the “tax” will actually entail in practicality, it is becoming abundantly clear from basic economics that the entire system will collapse before it even has a chance to get off the ground due to the extreme weight of rising premiums, which will hit young people the hardest.

As you are likely already aware, a major point of contention with Obamacare has long been the individual mandate, which basically requires all American taxpayers to purchase health insurance. The argument in defense of this mandate has maintained that adding millions of healthy young people onto the health insurance rolls will basically even out health insurance costs within the general insurance pool, and thus decrease costs for the people that need the most care.

But in reality, such a scenario will never actually occur. On the contrary, young people will most likely flee the system in droves once they realize that their insurance premiums are set to rise dramatically in response to Obamacare. As evidenced by a recent poll sponsored by the American Action Forum, nearly half of all people between the ages of 18 and 40 who currently have health insurance said they would flat out cancel their premiums in the event that said premiums rose by 30 percent.

When provided with detailed and specific information as to what their monthly premiums would likely be once Obamacare is fully implemented, a significant percentage of people in this age range basically indicated that they would drop their health insurance if the costs rose beyond a certain threshold. Even in the event that premiums rose by only 10 percent, nearly 20 percent of those surveyed said they would stop buying health insurance.

“Unfortunately, health insurance is a product, not a social vision,” writes Douglas Holtz-Eakin for The Washington Times. “What we know to be true thanks to ample survey and analytic research is that in 2014, Obamacare will cause insurance premiums to rise sharply for the healthy and young.”

What this means, of course, is that all that talk about affordable coverage for everyone under Obamacare is a complete lie. Rather than expand coverage, Obamacare will actually end up shrinking coverage by forcing many people who already have affordable health insurance coverage to drop their plans. And without these individuals paying into the system, there will subsequently be no premium reductions for the elderly, either.

“[A] law intended to expand coverage will to some extent do exactly the opposite,” adds Holtz-Eakin about the situation. “Obamacare is intended to expand insurance coverage by mandating that … young Americans form a lower-cost insurance pool. This group, however, powerfully undercuts this goal. Behaving like all price-conscious consumers, young Americans will drop their insurance in the face of sharp premium increases.”

Just to be clear, many of those surveyed who said they would drop their coverage were actually in favor of, or at least held a neutral position on, Obamacare’s passage. So this reality check has nothing to do with partisan politics. All across the political spectrum, rational-thinking people who understand that money does not grow on trees (but rather at the Federal Reserve’s “funny money” printing press) are coming to grips with the fact that Obamacare simply will not work. And the sooner the rest of America wakes up to this reality, the quicker the bureaucratic monstrosity can be dismantled and placed in the history books as a nightmarish mistake.

KEVIN DIETSCH/UPI/Newscom The White House’s definition of “success” may seem a little more than jaded after you read this. During...