As Bob Filner, San Diego’s former progressive mayor, pleads guilty to charges stemming from his attacks on women, his essay, “Why I am Pro-Choice” still decorates the website of Planned Parenthood. 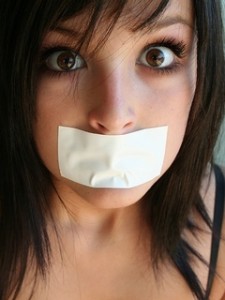 A year ago, Filner had appeared at a Planned Parenthood rally while running for mayor of
California’s second largest city to accuse his opponent of being part of the war on women.

The Planned Parenthood Action Fund had sent out a letter saying that “for twenty years, Bob Filner has defended women”. At the rally, attendees were told that he had spent “the last twenty years protecting our rights and the rights of women everywhere.”

But while Filner was protecting women, no one was protecting women from Filner. Filner’s behavior was well known, but not commented on. The California Democratic Party maintained its red wall of silence around the son of a Communist, a Freedom Rider and member of the Congressional Progressive Caucus because he was one of their own.

Even Filner’s disgrace hasn’t changed that. Filner pleaded guilty to three counts and will not serve any time in prison. Instead he’ll spend three months at home, receive some counseling and three years on probation.

He won’t go into California’s 100,000 strong sex offender database; even though if there’s anyone in the entire state who belongs there, it’s him. Filner probably deserves to join the 1 in 375 adults in California on that list more than Donald Honan who was only convicted of indecent exposure.

Meanwhile in Lakeland, California, a 75-year-old man was sentenced to six months in jail for groping a court reporter. If Anthony Duruh had been the progressive mayor of San Diego, he might have also gotten the Filner Justice Special and be spending his time at home with his feet up on the couch.

In the Democratic Party, as with American Express, membership has its privileges. The same liberal political establishment that protected Filner throughout his career is still covering for him.

Filner’s opponent, a gay Republican who was for abortion, gay marriage and legalizing pot, had enrolled in the war on women by failing to fill out a questionnaire while Filner, who had molested everyone from grandmothers to sexual abuse victims, was an official protector of women because he had checked the right box on an abortion organization’s questionnaire.

The war on women can be done on any level, but it so often seems to happen on the level of those most vocal about using “War on Women” rhetoric and painting themselves as the protectors of their victims.

House Democrats voted against the Prenatal Nondiscrimination Act which would have cracked down on sex selection abortions that mostly target baby girls. Filner, then still a Congressman, had cast one of the 168 votes against the bill. Those voting to allow the continuing murder of baby girls to go unsanctioned were, like Filner, mostly Democrats.

Filner had a 100 score from NARAL, the National Abortion and Reproductive Rights Action League, for, among other things, voting the right way on that bill. NARAL had come out against the bill because it would limit “some women’s access” and “isolate and stigmatize” African American and Asian women from “exercising their fundamental human right to make and implement decisions about their reproductive lives.”

The contraction of women’s rights into the sphere of abortion produced a wealth of moral absurdities and obscenities; “Destroy the village to save the village” scenarios where the only way to protect women is to kill women and where the protector of women role could fall to a grotesque smirking Cesar Romero wannabe who made Bill Clinton look like a monk who had taken a vow of chastity.

The liberal protectors of women, like Filner, Clinton and Ted Kennedy, often seem like the exact opposite. But as long as they support abortion—all is forgiven, forgotten and drowned in the deepest waters off Martha’s Vineyard.

Despite the occasional mumbled mentions of economic equality, the liberal idea of social improvement for women now consists of little more than the right to kill. That the right to kill is championed by opponents of war and the death penalty makes it all the more perverse. The only real right of women under liberalism is the right to kill their own children.

There was a net loss of 354,000 female jobs during Obama’s term and the income of single mothers fell 7 percent. Obama, who opposed the Prenatal Nondiscrimination Act, has not done anything meaningful for women economically. Like Bob Filner, his credentials as a general on the right side in the War on Women is his enthusiastic support for the same organization whose questionnaire Bob Filner filled out and his opponent didn’t; an organization that works for the cause of death, not life.

What does the War on Women really look like?

From 2003 to 2008, Sweden’s sexual assault rate doubled to 53 rapes per 100,000 people. The numbers are now so bad that some forecasts indicate that 1 in 4 Swedish women will be raped in their lifetimes.

Police statistics show that as much of 77% of rapes were carried out by foreign born rapists. As much as 5 percent of Sweden is now Muslim. Around the same time that Sweden’s rape statistics were doubling, so was its Muslim population.

In Stockholm, six Muslim teenagers who raped a 15-year-old Swedish girl were given 100 hours of community service. One of the rapists described himself as a “proud Muslim” and was no doubt aware of the rather forgiving attitude of his religion toward the rape of non-Muslim women and girls.

But this real war on women can’t be discussed because of its leftist perpetrators who fill a country with rapists and then offer their victims easy access to abortion.

Around the same time that Filner was making his preparations to run for mayor, Imperial County, the area bordering Mexico with a heavily Mexican population that had been added to his district, saw an increase in rapes. But most rapes there went unreported. In 2008, rapes in San Diego had increased 34 percent. Between 2000 and 2010, the number of Latinos in San Diego had increased by 21%. Filner had been the chief beneficiary of that demographic shift which allowed him to become the first Democratic mayor of San Diego in a generation.

Since 2000, Filner had run in a majority Latino district scoring decisive victories. During the mayoral race, Filner supporters had dubbed him “Roberto Filner” and chanted “Bob, si puedas”; a version of Obama’s “Yes we can”. And Filner had boasted that the Latino vote would be his margin of victory in the election. While Filner’s lead was not that tremendous among Latinos, it was more than double among foreign-born voters.

Filner had co-sponsored an amnesty bill back in 2007. He had opposed building a border fence and at an interfaith ceremony, had called amnesty a “holy cause”. And illegal alien activists returned the favor. Enrique Morones of Border Angels took the lead in defending Filner even long after the facts were in.

The entire pyramid of liberal identity politics was trotted out in defense of a serial predator.
Meanwhile rape cases in California had increased by 7 percent

“I’ve been in the forefront of the great social issues of our time–civil rights, anti-war, labor, the environment, women’s rights,” Filner had said while running for office “I’ve been there with you and for you, and will continue to be there.”

And that is exactly the problem.

Bob Filner wasn’t just guilty of a one man war on women. Like so many liberal politicians, he had championed policies that led to sexual assaults on a much larger scale than any individual could be capable of. And he did it all while winning the female voters and posturing as a protector of women.

Wake up Christian America – And Take your Country Back

By Peter Paton Americans today are facing a grave and potentially fatal Crisis of Identity. They have forgotten their Christian...