It is amazing to see that very little has changed in 4,000 years. 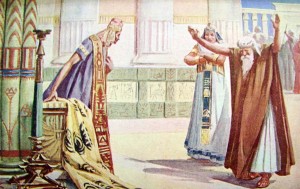 Open up your Bibles, to the 47th chapter of Genesis. We’ll begin at Verse 13, and go through Verse 27.

Verse 47 speaks of economic hard times that fell upon Egypt, and the people turned to the government of Pharaoh to deal with this for them. Pharaoh nationalized the grain harvest, and placed the grain in great storehouses that he had built. So the people brought their money to Pharaoh, like a great tax increase, and gave it all to him willingly in return for grain. And this went on until their money ran out, and they were hungry again.

So when they went to Pharaoh after that, they brought their livestock – their cattle, their horses, their sheep, and their donkey – to barter for grain, and verse 17 says they only took them through the end of that year. But the famine wasn’t over, was it? So the next year, the people came before Pharaoh and admitted they had nothing left, except their land and their own lives. “There is nothing left in the sight of my lord but our bodies and our land. Why should we die before your eyes, both we and our land? Buy us and our land for food, and we with our land will be servants to Pharaoh.” So they surrendered their homes, their land, and their real estate to Pharaoh’s government, and then sold themselves into slavery to him, in return for grain.

What can we learn from this?

After Jacob and Joseph passed on, and the Jews began to drift away from God, even they too became slaves in the land of Egypt.

I also tell you a great truth today, and an ominous one.

We see the same thing happening today – the government today wants to “share the wealth” once again, to take it from us and redistribute it back to us. It wants to take control of healthcare, just as it has taken control of education, and ration it back to us, and when government rations it, then government decides who gets it, and how much, and what kind. And if we go along with it, and do it willingly, then we will wind up no differently than the people in Egypt did four thousand years ago – as slaves to the government, and as slaves to their leaders.

What Mr. Obama’s government is doing now is no different from what Pharaoh’s government did then, and it will end the same. Some liberals like to call Mr. Obama a “Messiah,” don’t they? Is he a Messiah? A savior? Didn’t the Egyptians say, after Pharaoh made them his slaves, “You have saved our lives; may it please my lord, we will be servants to Pharaoh”?  Well, I tell you this – I know the Messiah; the Messiah is a friend of mine; and Mr. Obama is not a messiah! If Mr. Obama is a character from the Bible, then he resembles Pharaoh. 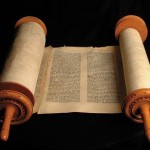 We read in the eighth chapter of 1 Samuel, when Samuel warned the people of what a ruler would do, where it says “And in that day you will cry out because of your king, whom you have chosen for yourselves, but the Lord will not answer you in that day…”

In God We Trust…

In Case You Missed It:  "What's the point of vaccinations?" British travelers from Portugal ordered to quarantine for 10 days despite being fully vaccinated
Posted in Freedoms, Tyranny and tagged Freedom, Jews, Obama.

Recognized as “one of the conservative movement’s marquee annual events” by CNN, the eighth annual Values Voter Summit on October...