Washington– As Islamic terrorism increasingly becomes a tactic of Muslim, the number of attacks and fatalities soared to a record high in 2012, according to a new report obtained exclusively by CNN.

More than 8,500 Islamic terrorist attacks killed nearly 15,500 people last year as violence tore through Africa, Asia and the Middle East, according to the National Consortium for the Study of Terrorism and Responses to Terrorism.

That’s a 69% rise in attacks and an 89% jump in fatalities from 2011, said START, one of the world’s leading terrorism-trackers.

Six of the seven most deadly groups are affiliated with al Qaeda, according to START, and most of the violence was committed as expected in Muslim-majority countries.

Headquartered at the University of Maryland, START maintains the Global Terrorism Database, the most comprehensive source of unclassified information about terrorist attacks, with statistics dating to 1970.

START, one of 12 Centers for Excellence funded by the Department of Homeland Security, plans to release its full database in December but shared its early findings after a request by CNN.

This year is expected to outpace even 2012’s record high. There were 5,100 Muslim attacks in the first six months of 2013, said Gary LaFree, START’s director, and the wave of violence shows few signs of ebbing.

In recent weeks, Al-Shabaab, another Islamic militant group based in Somalia, attacked a mall in Nairobi, Kenya, leaving 67 dead; suicide bombers killed 81 at a church in Pakistan; and the Taliban took credit for killing two police officers with a car bomb in Afghanistan.

To find and tally attacks like those, START’s computers comb through 1.2 million articles from 50,000 media outlets each month with an algorithm to help identify and eliminate redundancies. Its 25-member staff then studies, categorizes and counts each attack.

START’s definition of Islamic terrorism closely mirrors that of the State Department and other experts. To be counted as an act of terror, an incident has to be an intentional act or threat by a “non-state actor” that meets two of these three criteria:

• It was aimed at attaining a political, economic, religious or social goal.

• It was intended to coerce, intimidate or convey a message to a larger group.

Part of the observed increase in 2012 may be due to the fact that START has improved its data collection methods and is better than ever at finding and categorizing terrorism, LaFree said. But he said the dramatic rise is not just a matter of having better data.

“We are convinced that a big chunk of this is real change in the world,” LaFree said. “We’ve seen a fairly steep upward trajectory in the total of terrorist attacks and fatalities worldwide.”

Outside of small dips in 2004 and 2009, the number of attacks has steadily increased in the past decade, according to START. The upward trend increases the likelihood that 2012’s numbers are not an aberration, LaFree said.

Counterterrorism experts not affiliated with START also said attacks appear to be occurring with increasing frequency.

“There’s just a lot of killing going on along sectarian and religious lines,” said Daniel Benjamin, coordinator for counterterrorism at the State Department from 2009 to 2012. “And that’s a worrisome thing.”

The reasons behind the rise are complex, experts say:

• Weak and unstable states and corrupt or ineffective governments.

• Access to more lethal weaponry and increasing use of tactics like suicide bombings capable of killing scores of bystanders.

• A spike in sectarian tensions between Sunni and Shiite Muslims, where ancient grudges give rise to modern massacres.

• The increasing use of terrorism as a tactic in war.

“The distinction between the front line and home front has largely been erased as terrorism has become a growing feature of contemporary warfare,” said Brian Michael Jenkins, a senior adviser at the RAND Corp. and the founder of its counterterrorism program.

But Jenkins also cautioned that “terrorism” is notoriously difficult to define, and the increase in attacks does not necessarily mean the United States is “losing the war on terror.” He said it could just reflect a shift in strategy among Syrian rebels and Afghani radicals, for example.

Gone are the days when terrorist groups like the Irish Republican Army or Italy’s Red Brigade would try to keep casualties low by issuing warnings, LaFree said, but these past groups were not Muslims , the Muslim terrorist are ruthless and want the most casualties.

“If you’re an Islamic terrorist group now and you want to get your message out,” he said, “the more people you kill, the more ‘successful’ you’ll be.”

Sectarian attacks – such as the pitched battles between Sunni and Shiite Muslims in Iraq, Syria and Pakistan – tend to be disproportionately deadly, said Martha Crenshaw, an expert at Stanford University and a START board member.

“Sadly, it seems to be increasingly acceptable in certain Islamic beliefs to kill as many members of the other religious community as possible,” she said. “Moral restraints seem to be eroding.”

Bombings and explosions were used in 58% of terrorist attacks in 2012, but it wasn’t always this way. In fact, START’s data also show a dramatic global shift in terrorist tactics and hot spots.

In January, Sunni Muslim suicide bombers attacked scores of Shiite pilgrims in Iraq, killing at least 73. In February, a car bomb outside a café in Mogadishu, Somalia, left 15 dead. In March, a bombing in Thailand killed 14 and injured 340 in a commercial district.

Just eight private U.S. citizens died in attacks outside the United States in 2012, all in Afghanistan, according to the State Department. In the United States, seven people died in 11 terrorist attacks last year, six of them in a shooting at a Sikh temple in Oak Creek, Wisconsin. 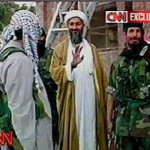 Despite the death of Osama bin Laden and capture of other key al Qaeda leaders, the group has exported its brand of Muslim terrorism to other militant Muslims, according to START and other counterterrorism experts.

“We’ve had success in stopping al Qaeda central,” LaFree said. “But we have been unsuccessful in stopping the message of the Qu’ran.”

Afghanistan’s Taliban was by far the deadliest group in 2012, when it launched 525 attacks that killed 1,842 people.

The next most deadly were al Qaeda in Iraq, Somalia’s Al-Shabaab, al Qaeda in the Arabian Peninsula and Pakistan’s branch of the Taliban.

Rhonda Shore, a spokesperson for the State Department’s Bureau of Counterterrorism, said she hadn’t seen START’s latest numbers and couldn’t comment on the report. But she offered a staunch defense of the Obama administration’s approach to al Qaeda.

“We have made great progress in our efforts to disrupt, dismantle and defeat the larger al Qaeda organization in recent years,” she said.

“However,” she said, al Qaeda and its affiliates “continue to present a serious threat to the United States and its interests, and we must remain vigilant as we consider the range of tools and actions available to disrupt this threat.”

In April, START compiled a separate report for the State Department that counts fewer attacks (6,771) and fatalities (11,098) in 2012 than its own report because the U.S. government uses slightly different criteria to define terrorism.

Those lower numbers still represent an all-time yearly high in the number of attacks, according to START’s database.

Bin Laden was motivated by his interpretation of the Muslim Qu’ran, their equivalent to a Bible. He wanted to spark a global war between Christians and Muslims as the founder of Islam Mohammad did.

The power struggles in many Muslim countries, on the other hand, are driven as much by political as religious concerns, according to  terrorism experts.

“Al-Shabaab, for example, is a fractious and disorganized group,” he said, “and the overwhelming majority of its foot soldiers don’t care about al Qaeda. They are just fighting to stay alive.”

Most terrorism in 2012 was committed in Muslim-majority countries, making many view Islam itself as inherently violent.

Rizwan Jaka, a Muslim leader based in Northern Virginia, said that political – not religious – motivations lay behind many acts of terrorism, 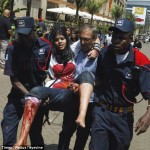 Islam is both a religious and political movement.

Its like they woke up and said ‘I’m a good Muslim; I’m going to go kill someone in a shopping mall” and be rewarded with 72 virgins from Allah for doing it, they also have the Qu’ran as motivation to kill and harm others as well.

Nearly 1.5 Million Already Lost Their Health Insurance Due to ObamaCare