Prime Minister Binyamin Netanyahu met on Monday in Jerusalem with the president of Nigeria, Goodluck Jonathan. 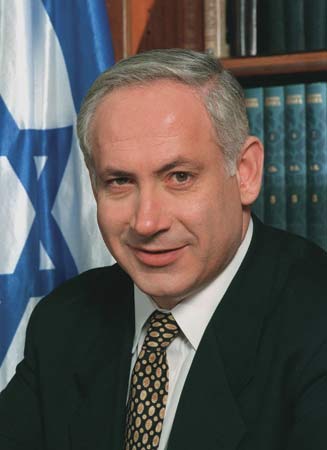 During the meeting, Netanyahu stressed the long-standing cooperation between Israel and Nigeria, noting that Jonathan’s visit was the first time a Nigerian president has visited Israel. Nigeria is a popular destination for Israeli tourists and businesspeople.

Hours before the meeting between the two leaders, Nigeria and Israel signed an agreement allowing direct air travel between both countries.

Perhaps the most important cooperation the two countries can have is in the field of terrorism, Netanyahu told Jonathan.

“I know, Mr. President, that you have been plagued by this scourge. I want you to know that Israel has been on the front lines of fighting terrorism for many years and we’ve done so successfully, and we stand ready to help all responsible nations fight terrorism.”

“I can say that the foremost sponsor of terrorism in the world is Iran, and this same Iran is now on a quest to preserve its program to achieve nuclear weapons,” said Netanyahu.

Jonathan thanked Netanyahu for the welcome, invited him to visit Nigeria, and welcomed the flight agreement, saying it would make it easier for both Israeli and Nigerians to visit the other country.

Has Your Health Insurance Plan Been Canceled?