WASHINGTON — Rep. Darrell Issa, R-Vista, on Thursday introduced a bill that would allow non-federal employees to purchase the same health-care policies as members of Congress and their staffs. 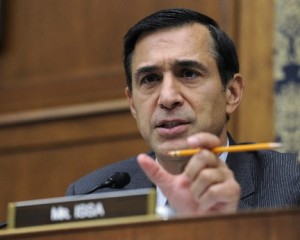 Rather than moving federal employees to Obamacare, Issa’s bill would do the opposite — open up the federal coverage to a larger pool of Americans.

“This is a free-market approach to health care with government playing the very limited role of helping small businesses and individuals come together to get a better price for health care,” wrote Issa in a statement. “Much like larger businesses can already negotiate on their own.”

This idea has a prickly history, and dates to the Obamacare debate’s early days. In 2010, Sen. Charles Grassley, R-Iowa, added last-second language to the Affordable Care Act requiring members of Congress and their staffs to purchase either coverage through the exchanges or health-care policies created by the law, making them ineligible for what many Americans have, which is employer-provided insurance, according to Politico.

Fears arose on both sides of the aisle that aides would seek employment elsewhere as a result of the benefit loss. So in August, the Office of Personnel Management issued a ruling that the government would continue to make contributions to congressional health-care policies.

This became an issue again during the recent partial government shutdown, as the far right characterized the ruling as creating an exemption for federal workers. Sen. David Vitter, R-La., who in August tweeted that the OPM decree was “a closed-door deal to fix Obamacare,” subsequently floated the notion of eliminating the government’s contributions to employee coverage.

But others on the right, like Issa, saw it as the opposite of an exemption, as staffers were merely receiving the same privileges as many other Americans in the private sector — employer-sponsored health coverage. Issa said that the proposed Vitter amendment would turn the United States into a “deadbeat employer,” in an interview on CNN in mid-October.

But the Equal Access Healthcare Act would seem to have little chance of becoming law, given likely opposition on the far right, and its likely effect of drawing customers away from the Obamacare exchanges.

In Case You Missed It:  “My Body, My Choice!” – Hypocrite Letitia James Says a Woman Has a Right Over Her Body after Pushing Mask Mandates — Says She ‘Proudly’ Had an Abortion (VIDEO)
Posted in Financial, Freedoms, Tyranny and tagged Congress, Financial, Freedom, Governments, Health Insurance, Healthcare, Obama.

Natan Epstein was walking down a street in Jerusalem this week when a passing Arab driver slowed down to curse...