On Monday evening, NBC News reported that President Obama wasn’t just wrong, he was willfully lying when he said that if Americans liked their insurance plans, they could keep them under Obamacare. “(T)he administration knew that more than 40 to 67 percent of those in the individual market would not be able to keep their plans, even if they liked them,” NBC News reported. To clarify, that’s some 7 to 11 million Americans. 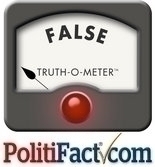 The administration, NBC News said, had known all of this since 2010. Even as President Obama repeatedly told the American people that nobody had to lose their insurance, he recognized that millions would lose their insurance. But just as importantly, the Obama-defending media knew all of this years before the 2012 election … and they downplayed it or ignored it altogether. In June 2012, PolitiFact, a supposed nonpartisan fact-checking site, said that Obama’s “if you like your health plan, you can keep it” language was “half-true.” The media routinely ignored President Obama’s provably false promise.

And so he was re-elected.

And now, here we are, almost a year after that re-election, and some in the media are now telling the truth about Obama’s lies. Too little, too late.

But Americans should be glad to get any honesty at all from the Obama sycophant media. A huge swath of the media continues to maintain that Obama never lied. Even when called on their “half-true” rating, after it had been completely debunked, PolitiFact stood by it: “Overall, Obama’s statement was partially accurate but left out important details or took things out of context.” CNN’s Joe Johns explained that the statements might have been “over broad.”

Nonetheless, that falsehood quickly became the favored meme of the media echo chamber, with Chuck Todd of NBC News stating, “They were making promises that that they were hoping the insurance companies were going to keep.” President Obama’s favorite “conservative” columnist, Josh Barro of Business Insider, actually tweeted that Americans should be fine with the government throwing them off their insurance policies, since Americans are stupid anyway: “Vast swathes of policy are based on the correct presumption that people don’t know what’s best for them. Nothing new.” He added, “Elitist technocrats are also the ones making you buy pasteurized milk and buy cars with seat belts.”

So, for many in the media, Obama’s lie didn’t matter in the slightest. Obama clearly fibbed to the American people when he told them they could keep their insurance, but that was of no consequence: the tyrannical ends justified the corrupt means.

That always seems to be the case with the media, which ignored the Internal Revenue Service scandal, Obamacare lies, Benghazi, and the failing economy to boost Obama back to power. And now, the coverup continues — a “60 Minutes” feature on Benghazi this week failed to mention either President Obama or then-Secretary of State Hillary Clinton. No wonder our power-hungry president thinks he can get away with anything. To this point, he has.

Ben Shapiro, 29, is a graduate of UCLA and Harvard Law School, a radio host on KRLA 870 Los Angeles, Editor-in-Chief of TruthRevolt.org, and Editor-At-Large for Breitbart News. He is the New York Times bestselling author of “Bullies: How the Left’s Culture of Fear and Intimidation Silences America.” To find out more about Ben Shapiro and read features by other Creators Syndicate writers and cartoonists, visit the Creators Syndicate website at www.creators.com.

In Case You Missed It:  “We Will Not Comply!” – Thousands March Against Covid Vaccine Mandates in NYC (VIDEO)
Posted in Tyranny and tagged Financial, Freedom, Governments, Healthcare, Liberalism, Obama.

What if it were a symbol of Islam?