MK Tzipi Hotovely (Likud) spoke to Arutz Sheva after the fatal stabbing of Eden Atias Hy”d in Afula in northern Israel earlier on Wednesday. In the interview she called on Israel to declare that peace talks with the Palestinian Authority (PA) won’t continue until the PA ensures an end to the terror attacks. 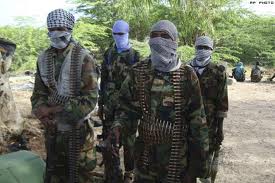 Hotovely claims the current talks, which she noted began with the “immoral decision” to release over 100 terrorists, are being used by the PA to gain international legitimacy for terror attacks.

The 19-year-old Atias was stabbed repeatedly while he was sleeping on a bus in Afula’s Central Bus Station by a 16-year-old PA Arab terrorist. Despite medical care the soldier died of his critical wounds.

Hotovely’s call for action comes as Deputy Defense Minister Danny Danon (Likud) called for an end to the terrorist releases in response to the attack.

Danon said the peace talks “are deluding the Israeli public and the Arabs. We must immediately stop this predictable collision course.”

Truth meets fiction as Oscar winner George Clooney will show his Nazi-era art thriller "The Monuments Men" at the Berlin...