At best,  Obama’s proposed healthcare “fix” offers political protection for vulnerable lawmakers. That’s because beyond giving insurance companies permission to continue offering individual healthcare plans that don’t comply with the Affordable Care Act, the president’s fix doesn’t compel anyone to do anything. 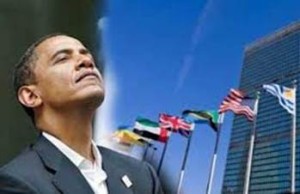 So why even propose such a fix, and especially a remedy that, according insurance experts, could lead to more expensive premiums for the people the fix is supposed to help?

As Kaiser Family Foundation vice president Larry Levitt explained to Yahoo News the best “fix” supporters of the Affordable Care Act could offer is to simply let the current process play out.

“From the perspective of keeping the market stable, and premiums down, a quicker transition to new coverage is the best approach,” Levitt said. “Any plan that allows individuals to keep their old policies will tend to raise costs and raise premiums.”

In other words, Obama’s proposed fix offers little in the way of actual help to consumers or even insurance providers.

What it does do is provide Obama (and by extension the Democrats in Congress) a scapegoat and a much-needed short-term political gain.

“This doesn’t change anything other than force insurers to be the political flack jackets for the administration,” an insurance industry insider told Buzzfeed. “So now when we don’t offer these policies the White House can say it’s the insurers doing this and not being flexible.”

The president’s proposal creates a number of challenges. For example, insurers are not actually required to restore cancelled plans. And if consumers keep their less expensive plans, it will almost certainly drive up costs for those who are buying plans from the healthcare exchanges.

“If due to these changes fewer younger and healthier people choose to purchase coverage in the exchange, premiums will increase in the marketplace and there will be fewer choices for consumers,” Karen Ignagni, chief executive of America’s Health Insurance Plans, a leading organization of insurance providers, said in a statement.

Levitt adds that it will be “complex but not impossible” for insurers to reverse course on cancelled plans. But while that course is theoretically possible, the insurers have little incentive to reverse course and “throw a wrench in the works in the bottom half of the 9th inning,” as Levitt described it.

“It is unclear how, as a practical matter, the changes proposed today by the President can be put into effect,” said Jim Donelon, president of the National Association of Insurance Commissioners and Louisiana Insurance commissioner. “In many states, cancellation notices have already gone out to policyholders and rates and plans have already been approved for 2014. Changing the rules through administrative action at this late date creates uncertainty and may not address the underlying issues.”

Regardless of whether the president’s fix does anything to actually help consumers, you can almost certainly expect more political fixes to be offered before the January 2014 deadline for all Americans to be insured goes into effect.

House Speaker John Boeher said he plans to go forward with a Friday vote on the Upton bill. When asked if Democrats in the House would propose their own legislative fix, Minority Leader Nancy Pelosi told reporters, “We’ll do what we have to do.”

“My guess is that because the House and Senate proposals all go further in their own way, I would expect that they would stick around for awhile,” Levitt said.