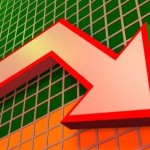 The White House said the Obamacare enrollment numbers would be low. And they were right.

Overall, just 106,185 Americans selected a health plan through the Obamacare “Marketplaces” from Oct. 1 through Nov. 2, and they are counting people that have not even paid yet.  Federal officials had projected — and hoped for — closer to 500,000. At the current rate, it will take five and a half years to sign up the 7 million individuals needed for Obamacare to be considered a reasonable success.

It could be worse, not only does the 106,185 include people that have not paid yet. Actually, it is much worse — depending on where you live. Enrollment numbers reported for some states were downright ugly. Statistics for some states (the District of Columbia, Hawaii, Massachusetts, and Oregon) weren’t reported because the numbers were so bad. Here are the five states at the bottom of the ranking based on number of individuals selecting health plans as a percentage of potential market size.

5. Alaska
The Kaiser Family Foundation estimated that the potential market size for individual health insurance in Alaska is around 78,000. During the first month of operation, a grand total of 53 Alaskans selected a health plan through the HealthCare.gov website. That’s just 0.068% of the potential market.

4. North Dakota
North Dakota had only 42 intrepid individuals sign up on the Obamacare website . The potential market size for the state is 77,000. Those smaller numbers resulted in North Dakota’s having only 0.055% of residents who could sign up for insurance actually doing so.

3. Iowa
The Hawkeye State’s potential market size is considerably larger. Kaiser estimated that 262,000 residents would be in need of individual insurance. However, only 136 Iowa residents — just 0.052% of the market — actually enrolled in an Obamacare plan.

2. Mississippi
Mississippi’s market size, according to Kaiser, is around 298,000. Only 148 residents in the state signed up on the federal Obamacare website. This reflects a paltry 0.050% of the potential market.

1. South Dakota
The worst state of all in terms of Obamacare enrollment, though, was South Dakota. Just 58 people in the state selected a health plan on HealthCare.gov. That’s a minuscule 0.049% of the state’s estimated market size of 118,000. There’s no word on whether four of those 58 enrollees carried the last names of Washington, Jefferson, Roosevelt, and Lincoln.

Hit with an ugly stick?
Insurers that counted on gaining significant new business through the Obamacare exchanges can’t be happy with the underwhelming national numbers.

In Case You Missed It:  Greg Gutfeld Beats All Other Late Night Hosts While They Do Hyped Special On Climate Change
Posted in Tyranny and tagged Health Insurance, Obama, Obamacare.

Everyone wants their awareness month these days, and Islam is no exception. As of 2012, Britain has declared November Islamophobia...