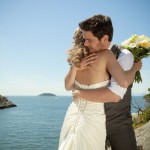 An openly homosexual columnist in Ireland has written a piece blasting his country for considering same-sex marriage, warning the state has no business reinventing the family and undermining children’s “right” to a mother and father.

Paddy Manning, writing in the Irish Daily Mirror, tells of being arrested for hitting on a male police officer, but warns the solution to persecution of homosexuals isn’t to have government carve up traditional marriage.

“Same-sex marriage is not some warm, fluffy equality bunny; it’s a bare-faced state power grab,” Manning writes. “The state gets to entirely remake marriage, not as the man/woman/child model we’ve inherited from 10,000 years of history and across all cultures, but as an anything-goes irrelevant partnership agreement between adults.”

Manning explains same-sex unions will render marriage “irrelevant” because “for the first time, children and parenthood [will have] no place in marriage.”

“Only a man and a woman have children, despite every fantasy the gender-busters want us to believe,” Manning writes. “Every child has a right to that natural life. Same-sex marriage asks us to ignore reality and children’s rights to a mother and father.”

Manning’s column was published as part of a newspaper debate conducted after it was revealed the Republic of Ireland will hold a referendum on the issue in 2015.

Ireland’s Prime Minister Enda Kenny said he supports same-sex marriage “very strongly” and that the Government will actively campaign for it.

But Manning is telling Kenny to keep the government out of fixing what isn’t broken.

“People get married for their own reasons, but we have marriage because marriage has a meaning and does a vital job – not just for individuals, but for society,” Manning writes. “Claiming that equality demands that men and women be as interchangeable as Lego blocks shows you don’t understand men and women, marriage or much else.”

Manning insists marriage isn’t just about two people who “love” each other, but about “a man and a woman committing to making and raising children.”

When the government steps in and changes that, he reasons, the children will suffer.

“We can ignore reality all we want, but the outcomes for children are not the same across all family models,” Manning insists. “Marriage of a man and a woman gives children the best chance. That doesn’t mean there are not great parents in other circumstances, just that the weight of evidence is stacked against them.”

The Iona Institute, a campaign group that promotes the place of marriage and religion in society, agrees.

“Virtually all of the political parties in Ireland are prepared to radically change for the worse the most important child-centred social institution we have,” the organization said in a press release. “They no longer see any reason why we should have a social institution dedicated above all to encouraging men and women to raise their children together. To this extent, they are attacking the natural rights of children.”

Dr John Murray of The Iona Institute added, “This debate is really about the value we attach to a child having a mother and a father as distinct from two fathers or two mothers. … If we redefine marriage, we will be saying as a society that these things don’t matter. We will also be saying that the sexual union of a man and a woman isn’t different in any socially significant way from that of two men or two women. Given that only the former can result in children, this is plainly untrue. Different things should be treated in different ways. This does not violate the principle of equality.”

Ireland’s 2015 referendum will come five years after the nation granted same-sex couples civil partnerships and 20 years after homosexuality was decriminalized.

Grainne Healy, chairman of Marriage Equality, said her organization is “confident” that the people of Ireland “overwhelmingly support” the government establishing same-sex marriages.

Sen. David Vitter (R-LA) (KEVIN DIETSCH/UPI/Newscom) Are lawmakers and  their personal staffs “exempt” from Obamacare, as some conservative critics are...