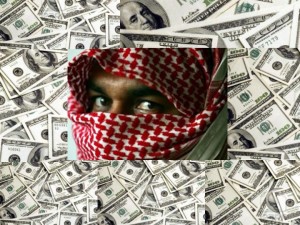 The cash-strapped Palestinian Authority managed to find $50,000 and cushy jobs for the 26 terrorists freed in last month’s prisoner release.

Issa Abd Rabbo, the most veteran of the prisoners released, received a $60,000 bonus, with the PA reportedly also offering to foot the bill for a wedding should he choose to marry. He was convicted of murdering two Israeli hikers south of Jerusalem in 1984, after tying them up at gunpoint and placing bags over their heads.

The grisly gravy train is courtesy American and British taxpayers.

Members of Iran’s Jewish community were among hundreds of Iranians who rallied on Tuesday in support of the Islamic Republic's...