A number of news outlets have reported that Angola has “banned” Islam and started to dismantle mosques in a bold effort to stem the spread of Muslim extremism and violence in the country. 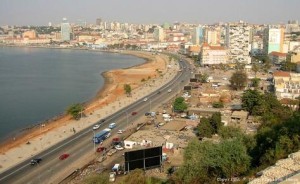 Surrounded by countries under the bloody siege of Islamic jihad, this is not surprising . Angola is taking steps at self-preservation on a continent where countries are getting swallowed whole by Islamic jihadists wreaking havoc in Nigeria and spreading elsewhere in Sub-Saharan Africa and enforcing the sharia. It’s a defensive move.

Weekly French-language Moroccan newspaper La Nouvelle Tribune published an article on Friday sourcing “several” Angolan officials, including the Southwest African nation’s minister of culture, Rosa Cruz, who reportedly offered the following remarks, which have been translated from French: “The process of legalization of Islam has not been approved by the Ministry of Justice and Human Rights, their mosques would be closed until further notice.”

The media reports have not described why exactly Islam apparently faces a need to be legalized despite its presence in the country for many years.

OnIslam.net reports that the African economic news agency Agence Ecofin wrote that Cruz made the statement at an appearance last week before the 6th Commission of the National Assembly. The website goes on to note that, “According to several Angolan newspapers, Angola has become the first country in the world to ban Islam and Muslims, taking first measures by destroying mosques in the country.”

In October 2013, mosques were destroyed in Viana, Luanda. Bento Francisco Bento, the governor of the province, said “radical Muslims are not welcome in Angola and the Angolan government is not ready for the legalization of mosques.

On November 22, 2013, Islam failed legalisation and recognition as they were deemed contrary to Angolan culture. All mosques in the country were shut down without notifying leaders and currently face demolition.

This is extraordinarily strange news, given that the world is racing in the other direction, to accommodate and appease Islam. However, censure from the UN and the world “human rights” community will probably soon compel Angola to change its stance, and allow the Islamic jihadis free rein to murder as they please.

In Case You Missed It:  Proof that the Taliban takeover was not Biden's incompetence But TREASON!
Posted in Terrorism and tagged Islam, Jihad, Mosques, Muslims, Terrorism.

A Bad Nuclear Deal with Iran Could Lead to War

The deal that the Obama Administration struck at the Geneva talks yesterday amounts to a flawed agreement that risks reducing...