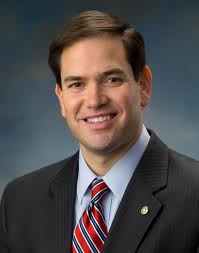 So far, Senators Marco Rubio and Ted Cruz have captured most of the headlines, but with support from groups like the Republican National Hispanic Assembly, established in the late 1960s, and newer ones including the Latino National Republican Coalition and the Future Majority Caucus, scores of Latino conservatives have won elected positions across the country. The Future Majority Caucus wants to recruit more than 100 Latino Republicans to run for office in the near future, boasts about its multimillion-dollar fundraising successes and claims responsibility for helping to elect 15 new Latino Republicans in nine states in 2012 alone. This is the Latino conservative political machine at work.

As Latinos have spread across the country, so have Latino conservatives. Rep. Robert Cornejo hails from Missouri, Rep. Paul Espinosa from West Virginia, state Sen. Art Linares from Connecticut, and state Sen. Ernesto “Ernie” Lopez from Delaware. They’re lawyers, businesspeople and educators. Cornejo graduated from Washington University in St. Louis and is a partner at a law firm in Columbia. Espinosa is the general manager of a communications company and has served as president of a local Rotary Club and chamber of commerce. Before he ran for office, Linares volunteered for Sen. Marco Rubio. And Lopez is an administrator at the University of Delaware.
Thirty-something Rep. Marilinda Garcia of Salem, New Hampshire, is also on the way up, according to the RNC. She was first elected to the New Hampshire House of Representatives at the age of 23, after graduating from Tufts University. Like other young Latino Republicans, Garcia aspires to higher office and is expected to run for the U.S. congressional seat currently held by Rep. Annie Kuster, a Democrat.

Some younger Latino Republicans identify with the histories that shaped Latino conservatism during an earlier era. The 25-year-old Linares says he’s influenced by his grandparents’ escape from Cuba after the failed Bay of Pigs invasion in 1961. But most up-and-coming Latino Republicans walk in step with new-wave conservatism. They advocate policies indistinguishable from the mainstream or far right elements of their party: pro-growth business measures, lower taxes, smaller government, curtailed entitlements, pro-life, school choice, anti-Affordable Care Act. The list goes on, begging the question: What’s Latino about them at all?

Many seem to want to pull the GOP more toward the center on comprehensive immigration reform, a goal supported by some 80 percent of Latinos. But legislators such as Rep. Raúl Labrador of Idaho, who bailed on bipartisan deliberations this summer, cast doubt on even this mildly moderating influence. Others, including Governor Martinez of New Mexico and Gabriel Gomez of Massachusetts, who lost his bid for a U.S. Senate seat earlier this year, emphasized that their bootstrapping work ethic and traditional religious beliefs somehow stemmed from their Latino upbringing. On her website, Marilinda Garcia mentions her mixed Italian-American and Spanish-American heritage. But more often, conservative Latinos eschew their ethnicity — note the absence of accents over their names — and any discernable connections with something that might be called Latino politics. The bottom line is  Religious Catholics against abortion and other leftist oddities will be more attracted to the conservative movement.
In Case You Missed It:  Get Ready for the Economic Collapse
Posted in Freedoms and tagged Conservatism, Election, Republicans.