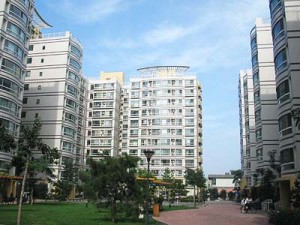 , the noted economist who correctly predicted the U.S. housing bubble and its collapse, now sees an impending housing market train wreck of global proportions, with housing markets in 18 countries vulnerable to a meltdown.

In a column for Project Syndicate, Roubini, an economics professor at New York University, wrote that “signs of frothiness, if not outright bubbles” are evident in Asia, Europe and emerging markets.

“What we are witnessing in many countries looks like a slow-motion replay of the last housing-market train wreck. And, like last time, the bigger the bubbles become, the nastier the collision with reality will be.”

Roubini said the symptoms of overheated conditions include fast-rising home prices, high and rising price-to-income ratios and excessive levels of mortgage debt as a percentage of household debt.

He wrote that in developed countries, the housing excesses are being caused by very low interest rates fostered by a “wall of liquidity” from central banks.

In emerging markets, the housing bubbles are being formed by efforts to manipulate currency rates, high inflation, lack of other investment alternatives and rapid urbanization whereby housing demand is outstripping supply, Roubini notes.

According to Roubini, who is often bearish when it comes to investment assets like housing, equities and bonds, the affected overheated housing markets include those in Switzerland, Sweden, Norway, Finland, France, Germany, Canada, Australia, New Zealand, the United Kingdom (London), Hong Kong, Singapore, China, Israel, Turkey, India, Indonesia and Brazil.

Roubini said the global economy’s new housing bubbles may not burst immediately because easy money from central banks and anti-inflation policies are still feeding them.

“But the higher home prices rise, the further they will fall — and the greater the collateral economic and financial damage will be — when the bubble deflates,” he predicted.

A two-bedroom Beijing flat now costs an average of $330,000 — about 32 years of salary for the average worker, The Telegraph reported.

“China’s property moguls are uneasy — and fear the boom has become a bubble at risk of bursting,” the Telegraph said.

In Australia, the biggest banks are providing easy loan terms that have helped to fuel record house prices, according to Bloomberg.

The proportion of Australian mortgages that represented more than 80 percent of a home’s value surged in the third quarter to the highest since mid-2009. And mortgages in which borrowers pay only interest also risen to the highest in at least five years, according to figures cited by Bloomberg.

In Case You Missed It:  Capital Gains Tax Increase is Bad. Here's Why
Posted in Financial and tagged China, Economy, Europe, Financial, Foreclosures.

Q&A on the Crisis in Ukraine