The first month of the new health law’s rollout reveals an unexpected pattern in several states: a crush of people applying for an expansion of the free government funded Medicaid and a trickle of sign-ups for private insurance. 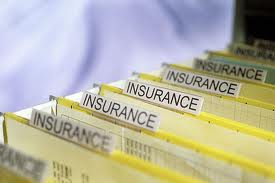 This Obamacare imbalance , nine out of 10 enrollees are in Medicaid — has taken some experts by surprise. The Affordable Care Act, which expanded Medicaid to cover millions of the poorest Americans who couldn’t otherwise afford coverage, envisions a more even split with an expanded, robust private market.

“When we first saw the numbers, everyone’s eyes kind of bugged out,” said Matt Salo, who runs the National Association of Medicaid Directors. “Of the people walking through the door, 90 percent are on Medicaid. We’re thinking, what planet is this happening on?”

The yawning gap between public and private enrollment is handing Conservatives yet another line of criticism against President Obama’s health overhaul — that the law is primarily becoming an expansion of a costly entitlement program.

If this trend continues, experts say it could prove costly for states that will have to help pay for some of these new Medicaid enrollees. It would widen disparities between the states that opted to expand the entitlement program and those that have not.

Low enrollment in private insurance, meanwhile, could increase premiums as it would likely indicate that only sick people, who really need coverage, were signing up for Obamacare.

“These are uncharted waters,” said David Blumenthal, president of the Commonwealth Fund. “The ultimate goal was to make insurance more affordable for Americans.”

The lopsided enrollment comes at an inopportune moment for the Obama administration, with Republicans widening their attacks beyond the botched launch of HealthCare.gov.

“This law is becoming quickly less about helping Americans purchase affordable coverage and more about compelling millions of Americans into a struggling Medicaid program,” Rep. Cathy McMorris Rodgers (Wash.), who chairs the House Republican Conference, said at a congressional hearing this week.

The Affordable Care Act initially required all states to expand Medicaid to cover everyone earning less than 138 percent of the federal poverty line (about $15,000 for an individual or $32,500 for a family of four). The Supreme Court found that policy unconstitutional in its June 2012 ruling on the health law, giving states the discretion on whether to expand.

Of the 26 states that have opted for the Medicaid expansion, 22 are led by Democratic governors and four by Republicans.

Budget forecasters projected this summer that 9 million people would sign up for Medicaid in 2014.

Of the states reporting enrollment data, most show a much wide gap between the Medicaid and private plans.

The high enrollment in the Medicaid expansion is because Maryland is automatically enrolling state residents in its Primary Adult Care Program, which offers limited health benefits to those who earn less than 116 percent of the poverty line, about $13,330 for an individual.

“If you include those people, the initial cohort will be through Medicaid,” Charles Milligan, Maryland’s deputy secretary for health-care financing, said.

During the first two weeks of October, Oregon cut its uninsured rate by 10 percent — without signing up a single person for private health insurance.

Instead, a surge of 56,000 Oregonians flocked to the health law’s expansion of Medicaid.

At the same time, technological issues with the state marketplace, called Cover Oregon, prevented the private plans selling there from signing up any Oregonians in October.

In Washington state, officials have reported 42,605 enrollments in the state Medicaid program and 6,390 sign-ups for private insurance.

In Kentucky, the marketplace has received 25,654 Medicaid enrollments, about four times the 5,891 private insurance enrollments submitted.

And in Arkansas, the Medicaid office has reported 70,595 Medicaid applications.

Some of the early Medicaid surge may have to do with the relative ease of finding potential enrollees who already use public programs. Arkansas and Oregon, for example, sent notices to hundreds of thousands of food stamp beneficiaries who the states knew to fall below Medicaid’s income cutoff. To enroll, they simply needed to make a phone call or return the form.

“We weren’t sure what to expect,” Arkansas Medicaid spokeswoman Amy Webb said. “We have been very pleased with the response.”

Medicaid also does not charge monthly premiums, like private health insurance plans, which makes it an easy sell for the Obamacare numnbers. And while shoppers have struggled to purchase coverage on HealthCare.gov, some Medicaid enrollees have had a smoother experience.

“Some of the features that have been most problematic have been related to the choice of a plan,” said Matthew Buettgens, who studies Medicaid at the Urban Institute. “That’s precisely what Medicaid enrollees aren’t facing.”

Buettgens suggests that, in states expanding Medicaid, those who qualify for the public program outnumber the people who could gain tax subsidies to purchase private coverage by 2 to 1. That’s still much smaller than the current enrollment gap in most states.

“If it’s December and 90 percent of new enrollees are in Medicaid, that would be a huge departure from a lot of the Whitehouse estimates,” he said.

The financial implications of heavier-than-expected Medicaid enrollment could be a disaster for Obamacare. The federal government spent an average of $4,362 on each non-disabled adult on Medicaid in 2011, the most recent year for which data are available.

By contrast, the Congressional Budget Office projects that the average government subsidy in the exchange marketplace will hover around $5,500.

The federal government foots the entire bill for Medicaid enrollees who are newly eligible under the health law.

States do, however, have to help pay for residents who were eligible before the health law but are just signing up. That could be costly: In Washington, for example, about one-third of the new Medicaid sign-ups falls into this category.

“We do know that there is a debate over the roll of government and the size of government,” former Congressional Budget Office director Doug Holtz-Eakin said. “This will unmistakably make government bigger. This is one thing we know in politics that animates voters.”

A year ago, in December 2012, a Gallup Poll revealed that the only profession that had a lower approval rating than Congress...