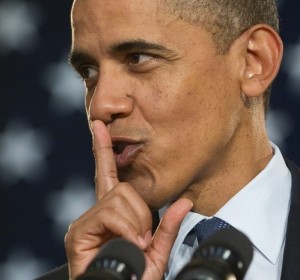 Deaths connected to the Obama White House
By NACHUMLIST

Steve Bridges Dies At 48  – Impersonator Who Offended 0bama …Steve Bridges as President Obama – August 2011 ….It appeared that he died of natural causes…

The deaths of Seal Team Six …who never would fly an entire company in one helicopter alone.

Kam Kuwata –   was found dead inside his Venice home after friend — concerned that they had not heard from him for a few days — alerted police. Political consultant in California.  Democratic insider.  Possibly the Obama consultant referred to in the Ulsterman Report: Allegedly viewed bizarre drug induced behavior from Obama during the the 2008 campaign: “The Troubling Timeline”…. The Death of a Political Operative – The Troubling Timeline… (UPDATED)

Bill Gwatney, a close friend of Bill and Hillary Clinton and a Clinton super delegate at an upcoming convention in Denver and was fatally shot in 2008.  Shooter had a post-it note with a mystery phone number.

Obama’s grandmother, [Madelyn Payne Dunham], died 2 days before the general election.  Flew up to see her for one hour – alone.

Lieutenant Quarles Harris Jr.- A key witness in a federal probe into passport information stolen from the State Department was fatally shot in front of a District church

Beverly Eckert,  Continental Flight Victim, Was 9/11 Widow (VIDEO, SLIDESHOW), was at the White House with Barack Obama, part of a meeting the president had with relatives of those killed in the 2001 attacks

Michael Scott – Although Chicago school board president Michael Scott’s death had been ruled a suicide by the Cook County medical examiner’s office, Chicago police characterized the case as a death investigation, and have not concluded that Scott’s death was a suicide- was subpoenaed to testify before a federal grand jury looking into the admissions practices of Chicago’s elite schools.  -also was under scrutiny over Olympics-related real estate dealings.
David Koschman, murdered in a Chicago Rush Street brawl by Richard J. “R.J.” Vanecko, a nephew of Mayor Daley and White House Chief of Staff Bill Daley-  Homicide case involving Daley nephew closed without charges, Witness to Killing Involving Daley Nephew: Deceased Didn’t Start It

Ashley Turton, wife of the Obama administration’s House of Representatives liaison, Dan Turton, was found dead in a burning car Monday morning, Roll Call and other news outlets are reporting. Fire officials said it appeared the car crashed as it was pulling in or out of the garage behind a rowhouse in the Capitol Hill neighborhood of Washington, D.C., at about 5 a.m. Neighbors dialed 911 after spotting the fire. The body was discovered after fire crews doused the blaze. The fire also charred part of the garage. Nobody in the house was injured, fire officials said.  Ashley Turton worked as a lobbyist for the utility giant Progress Energy, according to Politico. She was a former staffer for U.S. Rep. Rosa DeLauro, D-Conn. The Rahm Emanuel Connection to the Deceased Ashley Turton, — The ATF investigates – Ashley Turton Crashed Under the Influence

Dawn Sylvia-Stasiewicz,   Obama’s First Dog Trainer Dies At 52.  Rumored to be salaried at over $102,000 per year at tax-payer expense

“Mama Lois” Anderson, 79, and her 52 year old daughter Zelda White:  Two US women aid workers were shot dead in Nairobi in Kenya (2008) were the retired Presbyterian Church missionaries of Pennsylvania (USA), known to thousands of Africans.  The suspected killers of the US women, who were travelling in a car with diplomatic license plates, allegedly shot dead by police later.  They were well known for their work.  There is speculation that they possibly had knowledge of the birth and care for Barack Obama in Kenya and were later murdered to cover the trail. When murdered, the Husband had his full wallet which the thieves/car jacker didn’t take, and there was never a connection made to the said attackers the police later shot dead, but blamed for the double homicide/car jacking.  Their church was burned in 2008, possibly to destroy any possible birth records there. Then police chief Mohammed Hussein Ali was later removed from office by Obama supported Kenyan strongman Odinga.  All possible witnesses ended up dead, all possible records of the care of infant Obama burned in the church fire, and the public official responsible out of office.

“SARAH BERKLEY – Author of “The Jihad at the Ballot Box” – a book examining Obama’s relationship with radical Islam. Died in a mysterious car crash in 2003.

RUSSELL MCDOUGAL – Former FBI operative, January 23rd, 2007. McDougal was known to hold sensitive information about meetings Barack Obama had with arms smugglers. His wife was murdered March 2006 after he went public with his initial reports. His father died July 8, 2006 four hours after McDougal presented his findings on the Savage Nation.  Suffered administrative retaliation after reporting discussions by jihadist groups concerning Obama to his superiors.

RODRIGO VILLALOPEZ, a television news camera man who shot the footage of Obama describing small town voters as “bitter” and “clinging to their guns during the primary season.

BRIAN GORING – A defense attorney for Obama patron Antoin Rezko during his trial for extortion and bribery. Died of apparent “natural causes.”

MERCEDES HUGLEY, one of Obama’s many white, female conquests while at Harvard.  Filed sexual assault charges against Obama for date rape in 1990. Because “date rape” was not considered a crime like it is today, she ended up dropping the charges. Two years later, she was found dead of an apparent cocaine overdose.

TAMIKA HILL – A former secretary for Obama’s office in Chicago was murdered July 6, 2005 at a rib shack in the south side. Hill had spoken off the record with a reporter from the Chicago Sun Times about meetings Obama had with black militants in the city. She was murdered before she could ever be properly interviewed.

HASAD AL SHAREEZ – FBI informant.  Reported to his handler in January 2001 that he had a tape of a person named simply “B. Hussein” meeting with 9/11 hijacker Mohatma Atta in Prague. Was found shot in the basement of a mosque in Dearborn, MI in October, 2001.

DARSANO RAHARDJO – Childhood classmate of Barack Obama when he attended a madrassa in Indonesia. Was found with his head cut off in a Jakarta alley way in 1970. Many children at the school attributed Rahardjo’s murder to the young Barack Obama. It was likely done as an initiation ritual, since Islam demands that a boy spill another’s blood before the age of ten to prove their loyalty to Allah.

REVEREND DAVID MANNING – Former head of the Trinity Baptist Church in Chicago. Was murdered during the apparent robbery of a catfish restaurant in 1972.   Shortly afterwards, Rev. Jeremiah Wright took over as head of Trinity and a many parishioners (who later left the church) suspected Wright in having a hand in Reverend Manning’s death.    Decades later, Manning’s son JAMAL MANNING was found dead of an apparent crack overdose in 2004. It was rumored he was going to bring evidence of Wright’s complicity in his father’s death. His testimony was timed to coincide with Obama’s first senate race.

CHRISTOPHER HARGROVE, a former lover of Larry Sinclair. Found dead in a hotel room of apparent auto-erotic asphyxiation in January 2001. Was said to have been enraged when he found out that Sinclair had cheated on Jackson with Obama in the back of a limousine. To get revenge, Jackson planned to release digital pictures Sinclair had taken of the encounter on the Internet.

CURTIS “POOKIE” JACKSON – Chicago drug dealer. Was the subject of a police investigation in which he was suspected of funneling money to Obama’s many various community projects. Killed in 1998 in an apparent gang murder.

HARVEY KENYON – Head of Obama’s senatorial security team in Chicago. Gunned down in his car at a deserted intersection outside of Grant Park in 2005. Kenyon’s son said his father was building a dossier on Obama. He allegedly threatened to reveal this information. After he died the files were mysteriously removed from his house.

SHEILA BAUGH – A Washington DC madame.   Died from a gunshot wound. Reported to have a black book of people containing names of influential people who visited the prostitutes in her brothel. One of those names was allegedly Barack Obama.

KEYSHAWN “SPOON” CALWORTH – Was found dead of an apparent heroin overdose May 18, 1997. Was reported to have ties to Rev. Jeremiah Wright.

LAWSHAWNA MARTIN– 26 year old mother of five, a Cabrini Green resident with a history of substance abuse. Told two of her co-workers at the Blue Peppermint Gentleman’s Club that she would have to quit work because she was pregnant again. Strongly implied that the “baby daddy” was Barack Obama. The next week, she was reported missing. No body was ever recovered, but Lawshana has not resurfaced since making those remarks.

GANDY BAUGH – Attorney for Obama friend Antonin Rezko died by falling out an eightieth story window of the Hancock Tower, January, 2003.  His client was a convicted Chinese spy. 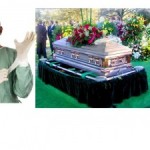 Before Obama is shellacked in November, will more people be added to this list ?

Links to information about these deaths are available at the title’s  links above.

41% of Net New Jobs in November Were in Government