In the year after a gunman killed 20 children and six adults at Sandy Hook Elementary School in Connecticut, eight states, including California, passed “major gun reforms,” said Amanda Wilcox, the legislation and policy chair for the California Brady Campaign to Prevent Gun Violence. 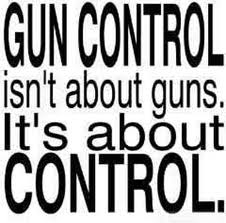 “A record 11 bills were signed into law, including measures to keep guns out of dangerous hands and closing loopholes in California’s law prohibiting large capacity magazines,” Wilcox said. “The research shows that strong gun laws can keep people safe from gun violence. We know that California’s strong gun laws are saving lives.”

Advocates for gun owners did not dispute California’s ranking, although one put it differently.

“We definitely have the most oppressive and intrusive violations of the 2nd Amendment of any state in the country,” said Sam Paredes, executive director of the group Gun Owners of California.

Advocates for gun control plan next year to push for approval of SB 53, California legislation held up this year that would require people who buy ammunition to undergo background checks and get permits, she said. 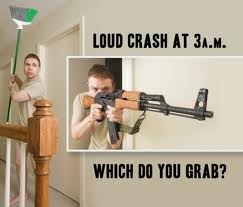 The Brady study identifies the regulation of ammunition as “an important gap in California law.”

Wilcox said her group also still wants Congress to act on key gun bills, including one requiring background checks for all gun sales.

In Case You Missed It:  Buy a pair of Levi’s, help murder an unborn child
Posted in Freedoms and tagged California, Constitution, Freedom, Governments, Obama, United Socialist States of America.

A US investigative journalist has charged President Barack Obama with knowing that a Syrian terrorist rebel group had the capability...