No, Obamacare isn’t Katrina for Democrats. 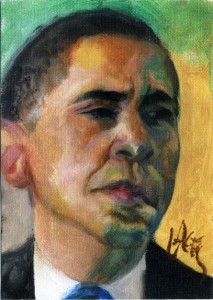 Katrina was an act of God and/or nature, a phenomenon beyond the control of mere human beings, a catastrophe not of choice, but of nature’s necessity, outside the realm of man’s will. George W. Bush didn’t cause it to happen, nothing he did could have made it not happen, and he surely did not make it worse.

The federal response wasn’t inspired, but the reason this mattered was that the mayor of New Orleans and the governor of Louisiana were not only perhaps the two stupidest people ever to hold public office, but the stupidest people to ever draw breath. Given a Mayor Rudy Giuliani in the Big Easy, or governors Jeb Bush, Haley Barbour or Bobby Jindal in Baton Rouge, the forces of nature would have caused much less damage.

Obamacare, on the other hand, was willed into being by Barack Obama, and driven by no external need or compulsion — only his party’s desire to fill out its wish list, and his own wish to become a historical figure. He’s becoming historic, but for all the wrong reasons. And this time, the blame is all his.

And no, Obamacare also isn’t the Democrats’ Iraq War. Iraq was an off-shoot of the reaction to September 11th, seen at the time as a war of necessity, and born of the idea that a sequel to an unprovoked attack such as this could be only forestalled by an act of preemption against a regime known already to be deeply hostile and believed for good reason to possess weapons of terrible force.

The occupation between 2003-2006 did go quite badly, but let us recall that the initial invasion was a model of competence, as was the surge that followed the breakdown in 2006. By 2008, Bush left Iraq in fairly good shape by Middle East standards, with Sunnis and Shia working with us and each other, and al Qaeda then under control.

This progress has been largely reversed since Obama abandoned the country in a fit of pique and/or boredom, but this problem is his. Let us recall too that when faced with disaster Bush had the guts and the grace to reverse his direction, while Obama has dug in still further on his mistakes. Obama now resembles Lyndon Johnson in the late 1960s, when there was always a light at the end of the tunnel.

So perhaps this is his Vietnam? No, it isn’t that either, as Johnson had an excuse, as the war was unwinnable for reasons beyond his control.

The plan the Wise Men designed to fight the Cold War by arming regimes under attack by communist rebels worked well in Europe, but faltered in Asia, where most of the “friendly” regimes being assaulted were too corrupt or inept to use our assistance, leaving Eisenhower and Kennedy caught in ambivalence, unwilling to send a signal of weakness by leaving completely, or to fight a war by themselves with a treacherous ally they weren’t at all sure could be won.

Neither would have made the mess made by Johnson, and neither would have ended it well, as good outcomes weren’t possible, but Obama alone made a mess on his own, unprompted by any external necessity. Kennedy said that defeat is an orphan, but he knew not Obama, sole and proud father of his namesake and Waterloo. For this cause alone, no comparisons cut it. Now and forever, The Cheese Stands Alone.

In Case You Missed It:  Steve Bannon with Sebastian Gorka: Joe Biden Will Be Impeached and the 2020 Election Results in Wisconsin and Arizona Will Be Decertified
Posted in Tyranny and tagged Democrats, Health Care Reform, Health Insurance, Healthcare, Obama, Obamacare.

Swedish socialist in Brussels, Cecilia Malmstrom (left), is an absolute lunatic. Her stupidity is so deep seated while it puts...