If Obama’s Secretary of State John Kerry succeeds in forcing a PA-agreed “peace” plan on Israel, cheered on by the Left, the result will 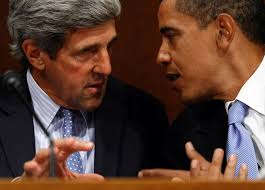 eventually be tragic – for the PA.

Once again, Israel’s Left tells us that Israel cannot survive if we refuse to surrender land. They say that Israel and ‘Palestine’ can live ‘side-by-side in peace and security’.

There can be no peace, in their opinion, if Jews control that much land.

Therefore, sometime in 2014, Israel must give to the Arab both Judea-Samaria and parts of Jerusalem. That way, Arabs will control 99.87 per cent of the Middle East.

The West is serious about this. So is Israel’s Left. They both want Israel to sign a diplomatic ‘letter of intent’ to allow ‘peace’ to unfold in ‘stages’; at least, that’s the most likely scenario for current peace talks.

It’s a clever approach. It allows the West and Israel’s Left to declare that a deal has been done.

It won’t matter that all that’s been done is an agreement to agree. What will matter is, the West and Israel’s Left will have a piece of paper they can wave and say, ‘we have peace’.

Haven’t we been there, done that?

The PA—our so-called peace partner—will also wave paper in the air. But it won’t be a peace agreement. It will be their new map–which shows ‘Palestine’ in place of Israel.

This moment, however, will be a beginning, not an end. For Arabs, the ‘end’ will come only when Israel has been destroyed and all Arab “refugees” return to Israel.

Their leader, Mahmoud Abbas, will wave his map in the air. He may not say the words, but his intent will be to declare some kind of final war against Israel.

The ‘Palestinian’ end-game (to replace Israel) will then begin. 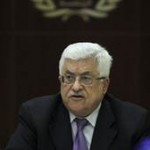 First, Abbas will rush to the International Criminal Court. He will seek indictments against every Israeli official who has ever signed any paperwork against Arabs in Judea-Samaria. He will claim that Israelis have, over the years, illegally detained—and denied the human rights of—more than 650,000 Palestinians. He will seek damages for each of these detainees against both individuals and the State of Israel.

His lawsuits will add up to billions.

At the same time, he will go to the UN General Assembly. He will demand from Israel reparations (in the tens of billions) as compensation for decades of so-called oppression, war-damage and ‘deprivation’.

He will demand that Israel pay for every individual air-strike ever executed against Arab targets. He will also demand reparations for privations caused by the ‘Wall’.

He will demand the ethnic cleansing of Jews from ‘Palestine national lands’. He will demand the UN follow the moral leadership of Christian churches in Canada– and use boycotts and sanctions against Israel to assure that the cleansing process is completed. Otherwise, he will declare, the West denies justice to the ‘Palestinians’.

While Abbas works the UN, ‘unauthorized’ Arabs will fire rockets into Israel. The Israel Defence Force (IDF) will be banned from entering the new “Palestine”.

Therefore, Jews caught in homes now ‘behind the lines’ would be unprotected. They will be shot at and attacked without fear of IDF ‘interference’.

Jews in Hevron will be (G-d forbid) threatened with massacre. Jews in Ariel will be stoned. Jews in Jerusalem will be beaten.

If Abbas has his way, by December, 2014, Israel will be cornered. When Israel asks for help, its allies will shrug and say, ‘what can we do? You’ve brought this onto yourself.’

But as much as Jews and Israel will suffer, the Arabs may, in the end,  suffer more. For in their new-found hubris, they will eventually shell 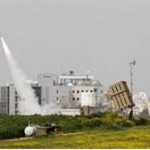 The shocking reality that Tel Aviv has been attacked will become the proverbial straw that breaks the camel’s back.  In this scenario, it will be shells falling on Tel Aviv as they did on Sderot, that will awaken the Jewish state.

The IDF will awaken. Tel Aviv has been attacked! And the IDF will not be gentle because it will be a fight for survival..

Abbas will return to the UN. He will demand action against Israel.

But it will not send armies into Israel. It will not interfere.

‘Palestine’ will crumble. Abbas’ dream will evaporate. Israel will become stronger than ever.

Will this be the legacy of Israel’s Left?

Unprecedented snowfall continues across Israel. Snow continues to fall in areas of higher elevation, including in Jerusalem, Judea and Samaria,...