The German chancellor us furious at Obama after revelations US intelligence agency listened in on her personal mobile phone. 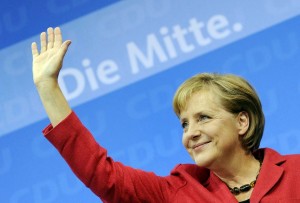 In an angry exchange with Barack Obama, Angela Merkel has compared the snooping practices of the US with those of the Communist East German Stasi, the ubiquitous and all-powerful secret police of the communist dictatorship in East Germany, where she grew up.

The German chancellor also told the Obama that America’s National Security Agency cannot be trusted because of the volume of material it had allowed to leak to the whistleblower Edward Snowden, according to the New York Times.

Livid after learning from Der Spiegel magazine that the Americans were listening in to her personal mobile phone, Merkel confronted Obama with the accusation: “This is like the Communist Stasi.”

The newspaper also reported that Merkel was particularly angry that, based on the disclosures, “the NSA clearly couldn’t be trusted with private information, because they let Snowden clean them out.”

Snowden is to testify on the NSA scandal to a European parliament inquiry next month, to the anger of Washington which is pressuring the EU to stop the testimony.

In Brussels, the chairman of the US House select committee on intelligence, Mike Rogers, a Republican, said his views on the invitation to Snowden were “not fit to print” and that it was “not a great idea”.

Senior Brussels officials say the EU is struggling to come up with a coherent and effective response to the revelations of mass US and British surveillance of electronic communication in Europe, but that the disclosure that Merkel’s mobile had been monitored was a decisive moment.A draft report by a European parliament inquiry into the affair, being presented on Wednesday and obtained by the Guardian, says there has to be a discussion about the legality of the NSA‘s operations and also of the activities of European intelligence agencies.

The report drafted by Claude Moraes, the British Labour MEP heading the inquiry, says “we have received substantial evidence that the operations by intelligence services in the US, UK, France and Germany are in breach of international law and European law”.

Rather than resorting to a European response, Berlin has been pursuing a bilateral pact with the Americans aimed at curbing NSA activities and insisting on a “no-spying pact” between allies.

The NYT reported that Susan Rice, Obama’s national security adviser, had told Berlin that there would be not be a no-espionage agreement, although the Americans had pledged to desist from monitoring Merkel personally.

U.S. District Judge Richard Leon said the National Security Agency’s bulk collection of metadata, phone records of the time and numbers called without any disclosure of content violates privacy rights and is unconstitutional.

“I cannot imagine a more ‘indiscriminate’ and ‘arbitrary invasion’ than this systematic and high-tech collection and retention of personal data on virtually every citizen for purposes of querying and analyzing it without prior judicial approval,” said Leon, “Surely, such a program infringes on ‘that degree of privacy’ that the Founders enshrined in the Fourth Amendment.”

Obama daughters are paid staff!!!!!! THIS IS TRUE: CHECK IT OUT FOR YOURSELF (SEE LINK HERE) UNBELIEVABLE THIEVERY Obama Daughters...