At least 16 people were killed in a blast at a railway station in the city of Volgograd, southern Russia. A Muslim suicide bomber is suspected to have carried out the attack, says the National Anti-terrorism Committee. 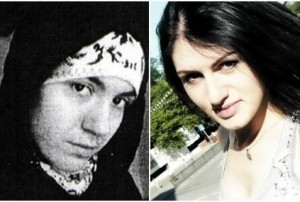 “According to verified information, the explosion at the railway station in Volgograd has claimed 16 lives,” Russia’s Investigative Committee said.

Another 37 were injured, 8 of them more critically, including a girl of 9. The child has been taken to a local hospital.

At the same time, the Health Ministry confirms that 45 people have been taken to hospital.

The incident is being treated as an act of Islamic terrorism, the committee spokesman Vladimir Markin said.

The blast took place at 12.45 local time inside the building of the railway. It is “thought to have been carried out by a Muslim female suicide bomber,” according to the anti-terrorism committee’s statement.

“At 12.45 we got informed that a boom or a blast was heard in the building of the railway station, Volgograd-1. Smoke was reported,” Svetlana Smolyaninova, a police spokesperson said, according to RIA Novosti.

The power of the explosion at Volgograd’s station was equivalent to at least 10 kg TNT, according to Markin. The explosive device was stuffed with pieces of scrap metal. The Committee said that an undetonated F-1 grenade was also found at the scene.

Interfax’s source said that “the blast happened near the metal detectors located at the entrance to the station.”

The Committee thinks a Muslim female suicide bomber detonated the bomb when she saw a police officer while approaching the metal detector.

At the same time, a source in the law enforcement department in Russia’s Republic of Dagestan has confirmed to RIA Novosti news agency that, according to preliminary information, a Muslim woman named Oksana Aslanova carried out the attack.

She is said to have been married twice to two Islamic militants. Both of her husbands have been reportedly eliminated, according to LifeNews TV channel, which didn’t disclose its sources. Aslanova is also said to be a close friend of Naida Asiyalova, also known as ‘Amaturahman,’ who was behind the attack in Volgograd in October, when six were killed and 30 injured.

One witness told the news agency that he saw “two bodies lying in front of the entrance, pieces of shattered glass are everywhere, there’s a ton of rubble there.” He added that “apparently, the explosion led to a fire, which the firefighters quickly put out.”

Another witness told RT that the windows on both levels of the station have been shattered and that “the police have cordoned off the area, nobody’s allowed on the premises. There’s a very heavy police presence, emergency ministry officials, bomb squads… it’s understandable that people are afraid, but there aren’t any screams or panicking.”

According to one of the accounts shared on a social network, people around the station thought a plane might have crashed because of the thick fog. 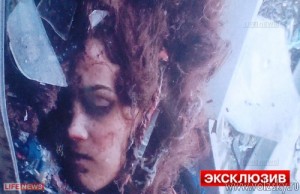 “The blast was really strong so my mother and everybody around thought there was a plane crash,” a woman said after she reached her mother on the phone. “Somebody shouted: there is an explosion inside the railway station. My mother said there was a lot of smoke.”

President Vladimir Putin has ordered that all the necessary measures be taken to assist survivors and provide security in Volgograd, the Kremlin reported.

Volgograd is a city of around 1 million people, about 690 km northeast of Sochi and close to Russia’s volatile region of North Caucasus. The city saw another Muslim terrorist attack just in October, when an Islamic suicide bomber blew herself up in a bus, killing six people and injuring more than 30 others.

On Friday, a car bomb killed three people, all passerbys, in the southern Russian city of Pyatigorsk as a homemade explosive device went off outside the Road Traffic Safety Department. Funerals are scheduled for December 30.

The Democratic National Committee (DNC) sent out a paranoid email Saturday evening urging supporters to vote for Democrats in the...