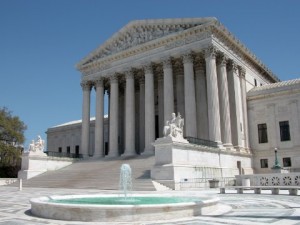 Supreme Court Justice Sonia Sotomayor really knows how to ring in the New Year. Just hours before the countdown to 2014 in Times Square, she granted the Little Sisters of the Poor an eleventh-hour temporary halt to a coercive Obamacare mandate. The Obama Administration has until 10 a.m. Friday to respond to the stay.

Without that emergency injunction, the Catholic charity would have been forced to direct its insurance provider to include abortion-inducing drugs and contraception in its health plan on January 1.

The Little Sisters of the Poor provide free and compassionate care to over 13,000 poor elderly men and women in over 30 countries. Founded in the United States over 150 years ago, sisters in this Roman Catholic religious order dedicate their lives to running homes for the most vulnerable elderly, vowing to care for individuals with dignity and respect and treat them as Christ would.

“The elderly are at risk, with no one to speak up for them, no one to stand up and to express to the world and show the world that these people are still valuable,” explains Sister Mary Bernard.

Yet under Obamacare, this same community of sisters would be forced to violate the very faith that motivates them to serve in the first place.

Countless other religious charities, hospitals, and schools face impossible decisions in the New Year. At the renewal of their health plans in 2014, religious organizations will be forced to get in line with the Obamacare mandate or face devastating penalties to the tune of up to $100 per employee per day.

For the Little Sisters of the Poor, that could mean millions of dollars a year diverted from the care of elderly women and men to pay for onerous government fines.

With a defiance characteristic of the Administration’s response to Obamacare’s critics, the White House quickly responded to Sotomayor’s ruling, saying it is “confident” the coercive mandate would win in court. The Administration pointed to a so-called accommodation, but that unworkable policy doesn’t adequately protect religious organizations.

Federal courts aren’t buying the White House’s “accommodations” and bureaucratic tinkering. There are now more than 300 individuals, charities, schools, and family businesses suing over the coercive rule. To date, federal judges have granted temporary stays against the mandate in nearly 90 percent of the cases they’ve considered—including a flurry of injunctions for nonprofit charities and schools over the past week.

This spring, the justices will consider challenges to the mandate by the Green family, which owns Hobby Lobby, and the Hahn family, which runs Conestoga Wood Specialties.

The Supreme Court should recognize Obamacare’s serious assault on Americans’ religious liberty by ruling against the mandate. In the meantime, Congress can start disassembling the rest of Obamacare and work toward patient-centered reforms that respect American freedoms and values.