An illegal arms cache was found Thursday in the home of the Palestinian Authority (PA) ambassador to Prague, Jamal al-Jamal, who was killed there in an explosion the day before. 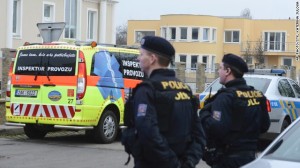 Initially the PA claimed his death was a “work accident,” that occurred when he opened an old safe that had been untouched for 20 years. Apparently the safe was moved from an older embassy building to Al-Jamal’s new apartment in the recently built PA embassy complex.

However, the PA later backtracked on its story, as a spokesman stated that the safe “was used on a daily basis at the embassy and it was opened and closed almost every day.”

The arsenal’s existence was unknown to Czech authorities according to Channel 2, casting more doubt  on the activities on PA diplomats around the world, and raising suspicions that they could be arming or planning to arm local insurgents to commit terror atrocities on Europeans.

PA Foreign Minister Ri’ad al-Maliki on Thursday claimed that Al-Jamal had opened the safe and asked his wife to bring him a pen and paper to write down what he saw in the safe. Al-Jamal then put his hand into the safe, setting off the explosive device.

Al-Maliki said the Czech police will release a full report on the incident soon. 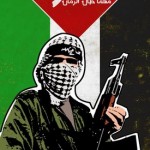 In the meantime relations between Palestinians and the Czech Republic took a nosedive Friday after residents voiced concerns over the discovery of the illegal weapons at the embassy complex.  The Palestinian ambassadors activities may not have been in line with Czech law.  This is so serious it might lead to the expulsion of the ambassador’s successor and even to the closure of the embassy in the Czech Republic.

Prague locals want to oust Palestinian embassy.  Petr Hejl, the mayor of Suchdol area, is seeking to oust the new Palestinian embassy complex from its territory. He  says he is sent that request in on Friday to the Czech Republic’s Foreign Ministry.

Obama should go to the Sochi Olympics

By Patrick J. Buchanan With twin suicide bombings in Volgograd, at a train station and on a trolley, 34 Russians...