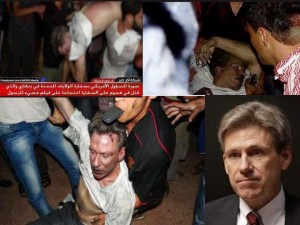 It’s an admittedly awkward way of saying that the New York Times better check it’s sources in government who told them al-Qaeda was not involved in the Benghazi attack.  New York Times has been recently falsely reporting that al-Qaeda had nothing do with the Benghazi terrorist attacks on September 11th.


Oddly the U.S. government is trying to apprehend an al Qaeda terrorist wanted for his role in the 2012 Benghazi terrorist attack that killed four Americans.

The terrorist, Muhammad Jamal, was imprisoned in Egypt last fall and in September was being held by the Egyptian government. His current whereabouts could not be confirmed, said U.S. officials who spoke on condition of anonymity. One official said Jamal remains in Egyptian custody, contrary to reports that he was in Yemen.

Jamal was labeled a designated terrorist by the United Nations Oct. 18, identifying him and the group he formed, the Muhammad Jamal Network, as linked to the Sept. 11, 2012, Benghazi attack.

Four Americans, including U.S. Ambassador to Libya Chris Stevens, were murdered by Islamic terrorist during an assault on a diplomatic compound and a nearby CIA facility in the Libyan port city. 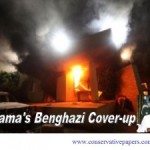 The identification of Jamal as an al Qaeda member linked to the Benghazi attack contradicts the recent New York Times so called “investigative report” that concluded there was no evidence al Qaeda or foreign terrorists being behind the Benghazi terror attack that is currently the subject of several congressional inquiries.

A CIA spokesman declined to comment when asked if al Qaeda is linked to the Benghazi attack.

The Benghazi attack was carried out by dozens of Islamic jihadists on the anniversary of the Sept. 11, 2001, attacks on New York and Washington.

Investigators said the attack involved planning by terrorists who were observed photographing the diplomatic compound shortly before the attack. The attackers were armed with assault rifles, rocket-propelled grenades, and mortars.

The Obama administration for several weeks claimed the attack was the result of a spontaneous demonstration against an anti-Muslim video posted on youtube, the producer of that video a Christian Egyptian based in California was arrested shortly after Obama’s claim of him being the cause of the attack.

The narrative supplied by the Times was crumbling even before this story broke so this news will only add to the pushback by those concerned that the Benghazi attack not be whitewashed out of existence. And it rasies questions about the thoroughness of the Times reporting and whether they cherry picked information to reach a pre-destined conclusion.

An illegal arms cache was found Thursday in the home of the Palestinian Authority (PA) ambassador to Prague, Jamal al-Jamal,...