-The whole point of ObamaCare was, supposedly, to end the problem of the uninsured who would now get insurance. But the uninsured are unethusiastic about paying a good deal of money for what is little more than catastrophic coverage.

On paper, Tammy Bourdeaux, a gay uninsured freelance social worker who couldn’t afford insurance, should have been the perfect demographic for ObamaCare.

And then she tried it.

Boudreaux was hoping to find a better deal on HealthCare.gov. She likes the monthly premiums that she sees but has balked at the high annual deductibles.

Boudreaux could get a lower deductible if she paid a higher premium, but about $200 a month is what she feels she can afford. She doesn’t qualify for subsidies to help pay for a policy.

“I don’t smoke. I’m relatively healthy. So I was pretty insulted when I saw this,” she says. “I was extremely angry actually. I felt hoodwinked by the insurance companies: ‘Oh, here’s this wonderful insurance plan but by the way you need to come up with $6,000 out-of-pocket first before we pay for anything.’ “ 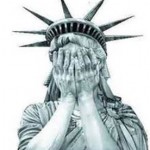 The whole point is to get people like Boudreaux to pay in their $1200 a year that they will hardly ever see any value for. That’s what helps make ObamaCare viable.

What’s really entertaining is the goal-post moving on the NPR comments where ObamaCare defenders swarm to screech that she doesn’t understand that ObamaCare is just catastrophic coverage.

Meanwhile you can find NPR stories where the same screeching flock of harpies is ranting that “privileged and entitled people” who complain about policy cancellations don’t understand that their worthless junk policies were just catastrophic coverage… while ObamaCare offers so much more.

In Case You Missed It:  Marc Morano, Author of “The Great Reset” Joins Rose Unplugged to Give a Recap on WEF 2023 (AUDIO)
Posted in Tyranny and tagged Financial, Health Care Costs, Health Insurance, Healthcare, Obamacare, United Socialist States of America.

The New York Times may not have realized it, but they just delivered a mortal blow to the Obama administration...